National Hunting And Fishing Day - Join In This Nationwide Celebration

A lifelong sportsman with a passion for hunting, fishing and outdoor recreation, Morris is one of the country's foremost leaders working to ensure natural habitats, Wildlife and the outdoors remain healthy for future generations to protect and enjoy.

"America's sportsmen and women are among our nation's most active conservationists and it's important we recognize and celebrate everything they do to protect outdoor habitat and ensure thriving populations of wildlife," said Morris. "I'm proud to lend my support and raise awareness for hunters and anglers, America's conservation heroes through National Hunting and Fishing Day."

The event is just one of the ways Morris is honoring the unsung heroes of conservation. Later this year, Morris will unveil the new Wonders of Wildlife National Museum and Aquarium in Springfield, Mo., a 315,000-square foot conservation destination envisioned as a tribute to America's hunters and anglers.

Through immersive habitats and interactive displays, the experience will inspire future generations to enjoy, love and conserve the great outdoors. "NHF Day is continually looking for folks that have a true passion for the outdoors and is very involved with conservation," said Misty Mitchell, national coordinator, National Hunting And Fishing Day.

"Johnny Morris is leading the charge in all facets of conservation. We couldn't be happier to have him serve as our National Chair."

Congress established National Hunting And Fishing Day to recognize hunters and anglers for their leadership in fish and Wildlife conservation. This annual event features activities taking place across the country.

• Over one quarter of all anglers are female.

• Recreational anglers spend a staggering $41.5 billion a year to fish. This has tremendous economic impacts.

• Anglers spend more than $1 billion a year on bait alone

The contributions, in the form excise taxes paid on sporting firearms, ammunition and archery equipment, benefit every state and have generated approximately $5.6 billion for Wildlife conservation since 1939. The contribution for 2009 is a record - nearly $336 million, according to the U.S. Fish & Wildlife Service, which recently announced the Wildlife Restoration apportionment.

• Teenage girls are the fastest growing market in sport shooting.

• Hunters and shooters have paid more than $5 billion in excise taxes since 1939. 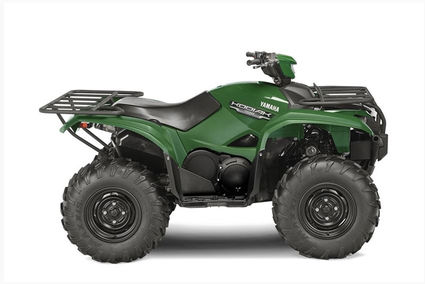 WIN A KODIAK 700EPS -- As a sponsor of National Hunting and Fishing Day, Yamaha offers sportsmen a chance to WIN a Kodiak 700 EPS. The sweepstake closes Oct. 31, 2016. Visit this site to enter: https://www.yamahamotorsports.com/outdoor/campaign/nhfday

• Firearms are involved in less than 1 percent of all accidental fatalities. More Americans are killed in accidents involving vending machines than guns.

• Hunting gear sales are growing faster than all other sporting goods categories.