It's a heavy responsibility carried out by all who serve at the Department, and it's why we are pressuring the federal government to provide the U.S. Bureau of Land Management (BLM) with the resources needed to meet its obligations and return the state's burro populations to appropriate management levels.

Under the Wild Horse and Burro Act of 1971, the state should have no more than 1,316 burros within its borders. Yet surveys estimate the population at 4,411 – more than 235 percent above the appropriate management levels established by Congress and administered by the BLM. Between 2012 and 2014, the BLM has spent more than $216 million to gather, house and feed excess animals until someone adopts them, yet the sad reality is that the vast majority are never adopted.

Storing and feeding burros does very little to tackle the real threat looming over our wildlife. If the federal government and horse and burro advocates had the resolve to control the overpopulation of burros, imagine how that $216 million in federal funding could be better spent. It could mean extra dollars to support veteran services, infrastructure needs of our National Parks or programs for our nation's vulnerable children and the elderly.

Because the problem has gone unabated for decades, we are now in a position where an overabundance of burros, which is a non-native and feral species, now outnumbers our native iconic bighorn sheep population in the Black Mountains near Kingman. This growing imbalance is having a direct impact on the state's native wildlife and that is utterly unacceptable.

As their populations grow by up to 20 percent per year, burros continue to devastate fragile desert ecosystems and compete with sensitive wildlife species for forage and water. That's in addition to damaging critical wildlife habitat, crowding existing native species and fouling waterholes relied upon by native bighorn sheep, mule deer, Gambel's quail and migratory songbirds. 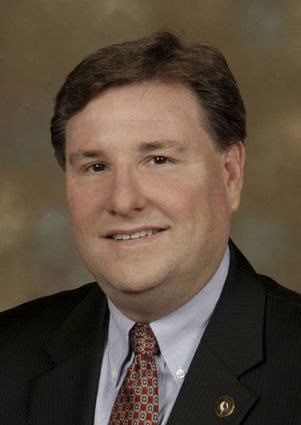 Desert wildlife species typically consume only those parts of plants that easily grow back. However, burros eat the bark and remove entire limbs from trees and consume native grasses down to the roots, preventing them from returning. In some cases, habitat damage by burros is so severe that native wildlife has been displaced from their home territories throughout western and central Arizona.

Too Much At Stake

As the agency responsible for conserving and protecting Arizona's wildlife, there's too much at stake for the Arizona Game and Fish Commission and Department to sit idly by.

Our federal leaders and Congress must realize that this is a very serious issue that negatively affects Arizona wildlife and habitat. Unless action is taken soon, it may take a lifetime to reverse the damage burros continue to cause to Arizona's critical wildlife habitat.

Unfortunately, it may take legal action by the Game and Fish Commission to help our federal agencies to wake up and Congress to fulfill their obligations to Arizona's habitat and wildlife.