Who Knew Life With An Outdoorsman Was This Funny 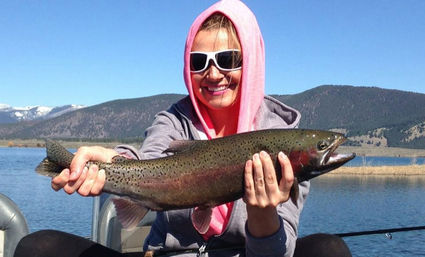 "The day I came home to find a deer head boiling in my favorite Calphalon stockpot was the day I realized there was no going back - I had become a full-fledged Camo Queen," Kristen Berube says with a laugh. "Before I met my hunting-crazed husband, I had a normal life - I thought bugling involved music lessons and Cabela's was an Italian restaurant."

Berube's laugh-out-loud, sometimes sassy sense of humor shines in her first book, Confessions of a Camo Queen: Living with an Outdoorsman (Farcountry Press, 2015). With chapters on Truck Lust, Camouflage Lingerie, Primal Home Décor, and more, the book promises belly laughs for any woman who knows an avid outdoorsman.

Berube's stories draw on personal experience from her life with her husband, Remi. "This is a guy who wears camo every day of the week," she says. "Even at work, under his dress slacks, he's wearing camo undies. And, if it involves chasing critters, scaring fish, shooting guns, or tromping through the woods, he's all over it."

Berube says, "Most of my gal friends have boyfriends or husbands - and fathers and brothers - who hunt and fish. "We share all our whacky stories about our camo guys and their misadventures."

Confessions of a Camo Queen is an extension of those stories. "I wrote it because there are a lot of women out there who know exactly what it feels like to bounce down a rough, dirt road in a stinky truck full of dog hair while the guy tries to drive and spot deer at the same time," Berube says. "And he thinks that's a 'fun date.' What can you do? You gotta laugh."

"Really, being able to laugh at the predicaments of life with an outdoorsman is the only requirement for membership in the sisterhood of the Camo Queens." 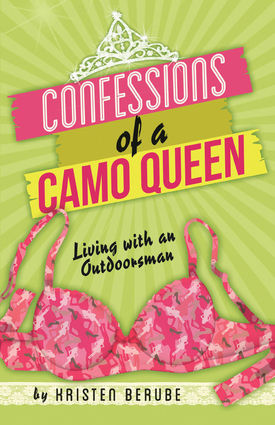 Kristen Berube lives a crazy, laughter-filled life with her outdoorsman husband Remi and their three camo-clad children in Missoula, Mont. A graduate of Montana State University and the Northern Alberta Institute of Technology, she loves being a mom and enjoys hiking, fishing, and camping almost as much as a romantic dinner at a fancy restaurant. Confessions of a Camo Queen is her first book.