The Coast Guard rescued two people recently after their boat reportedly capsized from a ship's wave north of the Texas City dike near the Houston Ship Channel. 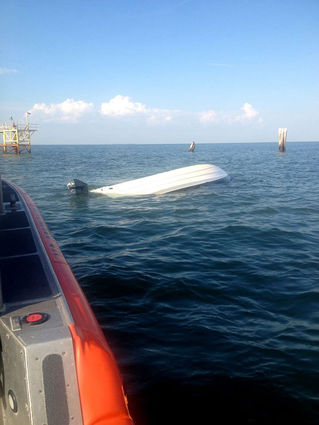 A Good Samaritan called Sector Houston-Galveston watchstanders at 5:08 .m., on VHF-FM channel 16, to report the two people and their capsized boat in need of assistance. Watchstanders launched Station Galveston's response boat crew who recovered them in good health at 5:31 p.m. and transported them to Siever's Cove.

"We'd like to emphasize to the public to have your life-jackets on deck and readily accessible if not on you already," said Petty Officer 2nd class Hans Schultz, the Station Galveston boat coxswain.

Saving Lives and Guarding the Coast Since 1790.