Editor's Note: All of us at Arizona BOATING & Watersports/Western Outdoor Times congratulate our Outdoor Editor Margie Anderson on her third win of the Arizona Game & Fish Commission's award for Outdoor Writer of the Year. We are especially honored to have her on our editorial staff, along with Don McDowell (our Sportfishing editor) of Shake, Rattle, and Troll Radio who has received the Media of the Year award twice: in 2012 and 2014. It has been our honor also to receive the Media of the Year award two times: in 2008 and in 2013. Thank you to the Commission and to all those who sent in nominations.

The purpose of these awards is to recognize Arizonans who have contributed significantly to the conservation of the state's Wildlife, its outdoor heritage, and the mission of the Arizona Game and Fish Department.

The social hour begins at 5:00 p.m. followed by dinner and the awards ceremony. The cost is $65 per individual.

All of the costs associated with the awards banquet must be paid for by ticket sales and sponsorship donations, including the complimentary tickets for award recipients and their spouse or guest. Table Sponsorships for organizations are available in several categories and include a table in the organization's name, logo advertisement in the event program, recognition in the introductory PowerPoint presentation and event press release, and banquet tickets.

Congratulations To All 2015 Recipients

Conservationist of the Year: Steve Clark

Volunteer of the Year: Chad Villamor

Educator of the Year: Melanie Engstrom

Mentor of the Year: Richard Williams 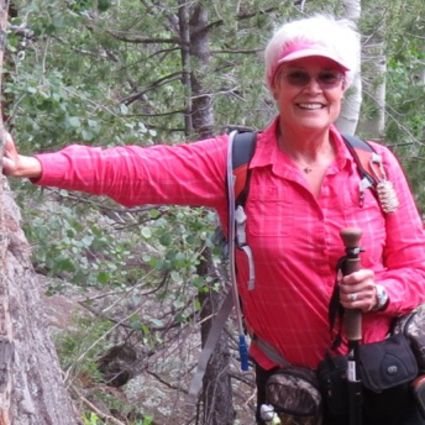 Advocate of the Year - State: David Gowan Sr., Speaker of the House