Brand New Tournament Circuit To Debut In The West

This is huge and exciting news for Arizona!

The West is finally getting a great tournament circuit with 100 percent payback, championships with prize boats, and television coverage of every tournament.

It's about time! For years I've heard guys say that if you want to fish a decent circuit, Arizona is not the place to be. Well, they can't say that any more. The Wild West Bass Trail debuts in 2016, and per their Facebook page, "our objective is to provide anglers the ability to participate in elite bass tournaments with the highest guaranteed payout on the West Coast. This new tournament format, payout and television exposure will increase angler participating numbers that have not been seen on the West Coast for over the past decade."

My buddy Gary Dobyns of California is probably one of the most well-known and well-respected bass fishermen in the industry. He has fished professionally for decades, and owns Dobyns Rods. He is one of the guys behind this new circuit. He knows what fishermen want because he is one, and he and his partners will make sure that Wild West Bass is top notch in every way.

The Wild West Bass Trail television show will also help everyone who watches it to be a better bass fisherman on the western lakes.

Here are the stats:

Many of the details are still pending, and so far I haven't seen a registration form online. I'm sure that they will get those out as soon as the rules are finalized, but as Dobyns says, tournament rules have been pretty standard for thirty or more years. 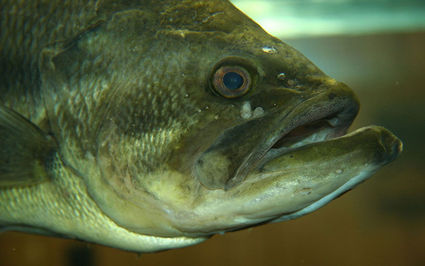 One thing they will have is a 10-day off-limits. The reason is that there are lots of guys who sort of specialize in their local lake. They fish nearly every tournament on that particular body of water, and they are very hard to beat because they fish that lake day after day. Dobyns says that regional guys sitting on one body of water is killing our sport because they can fish every day prior to an event. Making an off-limits helps to even the field and give the guys who have to travel to the lake the same amount of practice.

There will be practice days the Thursday and Friday before each tournament. Pro-Am's are non-shared weight.

This is huge and exciting news for Arizona! To keep up with information as it becomes available, follow Wild West Bass Trail on Facebook or go to http://www.wildwestbasstrail.com.