PANAMA CITY, Fla. – The Coast Guard is warning the public that pointing handheld lasers at Coast Guard boat and aircrews is dangerous and illegal.

Watchstanders at Coast Guard Station Panama City received a report one evening last monthof a disabled 15-foot Jon Boat with four people on board, a 50-year-old father and his three children, who had lost communications with his wife on shore.

The operator of the boat was attempting to paddle four miles back in to shore towards Lake Powell, Fla.

While attempting to conduct the search, the response boat crew reported multiple laser strikes in the vicinity of the search area, all originating from shore, from at least two different sources.

Two members of the boat crew were struck directly in the eyes from the lasers and had to seek medical attention following the incident.

The father and three children on the Jon boat were able to paddle back to shore and made it back safely to the Ramsgate Harbor Vacation Rentals.

Pointing a laser at an aircraft is a federal crime and a felony offense under Title 18, United States Code, Section 39A. If found guilty, offenders could be fined up to $250,000 and sentenced to five years in prison.

Pointing a laser at a vessel is also a federal crime under Title 18, United States Code, Section 2291. If found guilty, offenders could be fined and/or imprisoned for up to 20 years, with a potential for higher confinement time based upon the cargo onboard the vessel and/or whether a death results from the act.

Additionally, a person who interferes with the safe operation of a vessel so as to endanger the life, limb, or property of a person, in violation of 46 U.S.C. §2302, is liable to the U.S. Government for a civil penalty of not more than $5,000 in the case of a recreational vessel, or $25,000 in the case of any other vessel. 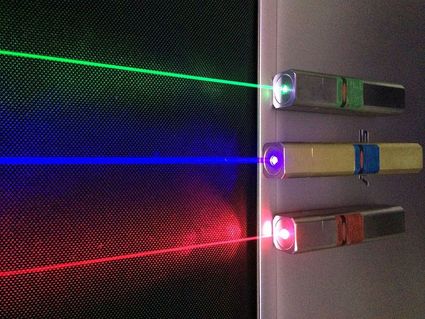 Laser pointers are inexpensive to obtain and can extend over two miles in range. Pilots affected by laser strikes regularly report temporary effects in vision, including: afterimage, flash blindness and temporary loss of night vision. In some cases, a laser strike can result in permanent damage to a person's eye sight.

If a crewmember is lased, it severely compromises his ability to effectively respond and safely operate the aircraft or vessel, ultimately endangering the safety and lives of crewmembers aboard and the general public.

Anyone witnessing this type of crime is strongly encouraged to report it to local law enforcement and/or contact: U.S. Coast Guard Heartland Office: (618) 225-9008