The Californian sets sail for Catalina and Beyond

SAN DIEGO―Set sail to the beautiful waters surrounding Catalina Island aboard the schooner, Californian. Sailing aboard the Californian offers an opportunity to step into the past and experience the romance of tall ship sailing. As an active member of the crew you will take your turn standing watch, hauling lines, manning the helm and perhaps going aloft. Trips are designed for those with an adventurous spirit, a robust nature and a passion for the sea. Trip includes a kayaking component. Food, kayaks, life vests, paddles, safety equipment and ACA certified kayaking instructor is included.

The ship departs the museum on August 11 around noon and returns Aug 16. Based on sailing and weather conditions, the ship will visit Two Harbors, the city of Santa Barbara, Santa Cruz Island and Santa Barbara Island. Price per person is $795 and tickets can be purchased at sdmaritime.org.

Climb aboard in the early afternoon for a sailor's welcome and orientation to shipboard life. Stow your gear, meet your fellow shipmates, set the weekend watch schedule and test your physical skills for the opportunity to lay aloft in the rigging. The captain will soon give the command to get underway and begin the voyage north towards Catalina Island. The early afternoon departure will allow you to set the sails and harness any available wind to round Point Loma. Transiting north and west means sailing against the prevailing wind and current, so motoring will become the primary mode of propulsion as you venture toward the waters around Catalina Island. Day two will include a mixed bag of sail training, sailing, relaxation, and possible shore time concluding at anchor for a hearty sailor's dinner and time to relive the day's activities. Early on day three the morning watch and museum sail crew will get the ship underway for the voyage south and east, allowing all to hone the skills acquired during their sailing adventure and an early evening arrival back in San Diego.

Californian was built at Spanish Landing in San Diego Bay in 1984. She was launched with great fanfare for the Summer Olympic Games in Los Angeles. Since her launching the ship has played host to thousands of school children on seagoing educational programs up and down the West coast. She has also made voyages to Hawaii, Mexico and the East coast of the United States. Californian is a replica of the 1847 Revenue Cutter, C.W. Lawrence, a stately vessel that patrolled the coast of California keeping law and order. The Revenue Service was a precursor to today's Coast Guard. 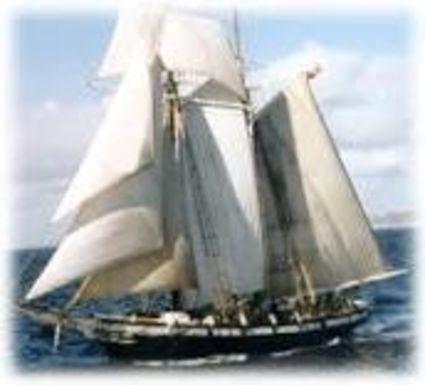 The museum's collection also includes the 1898 steam ferry Berkeley, the 1904 steam yacht Medea, the Surprise from Russell Crowe's movie, Master & Commander and the 1914 Pilot. The Museum displays permanent and temporary exhibits, hosts educational and public programs for all ages, stages cultural events, and publishes a newsletter and peer-reviewed journal, all with a maritime theme relating to the museum's mission.

The Maritime Museum of San Diego is located at 1492 North Harbor Drive in Downtown San Diego. For more information please call: 619-234-9153 or visit the museum's website at http://www.sdmaritime.org.