PHOENIX – Kurt R. Davis is the new chairman of the Arizona Game and Fish Commission.

Davis will lead the five-member commission for the 2015-16 fiscal year, which began July 1. Each commissioner serves a five-year term, staggered. Commissioners customarily serve as chairman during their final year. Davis replaces Robert E. Mansell, who will continue to serve on the commission until his successor is appointed by the governor and confirmed by the state Senate.

"Serving on a commission dedicated to conserving and protecting Arizona's wildlife -- more than 800 species -- is an honor of a lifetime," Davis said. "I look forward to helping set policy for the nation's premier wildlife agency, and representing our constituents, who are the true funders of conservation."

Creating greater awareness and increased support of Arizona's primacy role in managing wildlife and of the North American Model of Wildlife Conservation.

Facilitating long-term planning and implementation for new and expanded service and product models to stabilize long-term revenue sources for the department, and enhancing critical scientific, wildlife management, law enforcement and recreational opportunities well into the future.

Lead the commission in unwavering commitment and support for the public servants who make up the nation's premier wildlife agency, the Arizona Game and Fish Department.

Davis is a founding partner of FirstStrategic Communications and Public Affairs, a Valley-based firm specializing in strategic public policy development for non-profit clients, issues relating to rural Arizona and government relations. Davis has served as vice president of public affairs and marketing at Northern Arizona University, and was vice president of public affairs and corporate communications at Rural/Metro, a company that provides fire and ambulance services to communities across the nation. 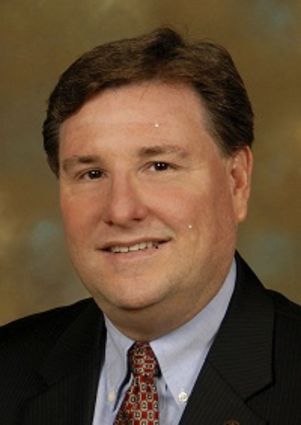 In addition, Davis was deputy chief of staff and executive assistant in the Office of Governor Fife Symington. In that role, he had policy responsibility for executive agencies such as the departments of transportation, corrections, state land, game and fish, and others. Davis also served as director of intergovernmental affairs and issues analysis at the Arizona Attorney General's Office, and as executive director of the Arizona Republican Party. He was appointed to several positions in the Reagan administration and served as a gubernatorial appointment to the Arizona Board of Regents, the Vision 21 Transportation Task Force, and the Arizona State Board for Charter Schools.

Davis serves as a board member for the Great Hearts Academies, the Arizona Chamber of Commerce, and on Arizona State University's Ramsey Executive Program for Public Policy. He received a Bachelor of Science degree from Northern Arizona University in 1984.

Davis, of Phoenix, was confirmed as a member of the commission by the Arizona Senate on Jan. 11, 2012, following his appointment by Gov. Jan Brewer.