ONLY FIVE -- There are only five naturally occurring populations of spikedace remaining in the world (and possibly just three). So the Arizona Game and Fish Department on Monday, May 11, helped stock native spikedace into Spring Creek near Sedona. This was a project involving the AZGFD, U.S. Bureau of Reclamation, U.S. Fish and Wildlife Service and U.S. Forest Service, not to mention local landowners, who lent their support. In the Verde drainage, AZGFD has established a spikedace population in Fossil Creek. If successful, Spring Creek would be the second. Establishing new populations to expand the range of such species will lead to recovery and Endangered Species Act's delisting of species. 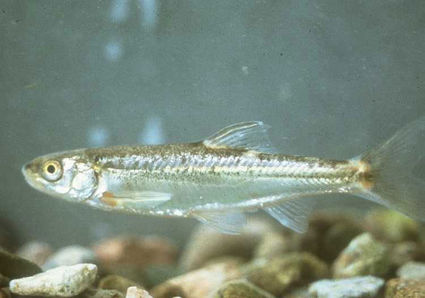