Fish hatchery workers across the nation are preparing for their busiest time of the year. During the next two months, Arizona Game and Fish Department employees and volunteers will stock more than 500,000 catchable "farm fresh" trout, providing the public an opportunity to engage in conservation - some for the very first time.

State-run aquaculture not only enables families to etch lifelong fishing memories, but also it is a leading driver for conservation of America's ecosystems.

Unfortunately, misconceptions run rampant regarding hatcheries and hatchery-stocked fish, including high pollution levels and a devastating loss of marine species used in pellet feed to feed stocked fish. (Fact: Species used in trout pellets are herring, anchovies and menhaden. Of the total harvest of those species in 2013, a fraction-of-1 percent were used for trout pellets.)

True, stockings of nonnative fish throughout North America, for more than a century, have caused numerous declines in native aquatic species. These data have led to change, and Arizona's trout-stocking program has implemented a triploid trout program in which the trout stocked are non-reproductive. This reduces the risk of hybridization among native trout and eliminates the ability of nonnative trout stocked to reproduce.

Our goal is that 75-80 percent of the stocked trout are harvested by anglers within two weeks of a stocking event. This also reduces the competition among native species we are working to conserve and recover.

Hatcheries across the 50 states have also evolved to produce native species for conservation purposes. The Arizona Game and Fish Department, for example, propagates nine native fish species for conservation purposes. These stockings have led to multiple cases of reducing the need for further Endangered Species Act regulations and cases where hatcheries are the only reason some species are still found in the wild.

To date, more than one million razorback suckers (xyrauchen texanus) have been stocked in the lower Colorado River by state and federal hatcheries, ensuring the continued existence of these fish in their native waters.

Hatchery workers take pride in their facilities and the product they produce. Since the mid-'70s, United States hatcheries have been regulated under strict discharge standards. Prior to discharge from the hatcheries, the water used for hatchery production is directed through settling basins to remove uneaten food and fish excrement.

These basins are periodically cleaned and accumulated material is responsibly removed. Dead fish are disposed of daily, preventing decay in raceways and settling basins.

In Arizona, more than 360,000 anglers fish for more than 6 million angler days. The contribution from angling in Arizona is worth more than 1.5 billion dollars to the nation's annual economy.

Arizona anglers are provided better fishing opportunities every year due to fish hatchery stocking programs, which are fundamentally linked to the North American Model for Wildlife Conservation.

The North American Model for Wildlife Conservation is a time-honored system that recognizes fish and wildlife as a natural resource held in a public trust by the state agencies that manage them. It is the most successful conservation program in the world. 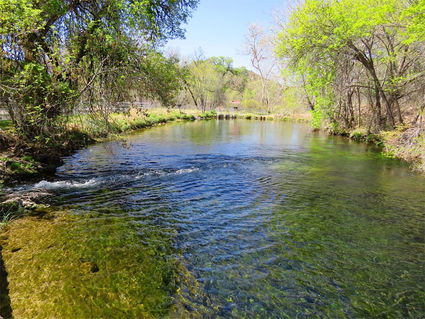 The program is a user-pay, public-benefit model where hunters and anglers are paying for the preservation of the landscapes and the fish and wildlife we so dearly love.

Instead of blaming environmental impacts on fish and wildlife conservation agencies, their hatcheries, and the hunters and anglers that enjoy the resource, we should all thank them for their conservation efforts.

If you enjoy the outdoors and the memories made with fish and wildlife, consider providing funding for the outdoor recreation and conservation. In most cases this is as simple as purchasing a fishing and/or hunting license.

It's the best way we can ensure future generations can enjoy fish, wildlife, and the outdoors.