Fisheries Management To Be Discussed April 21 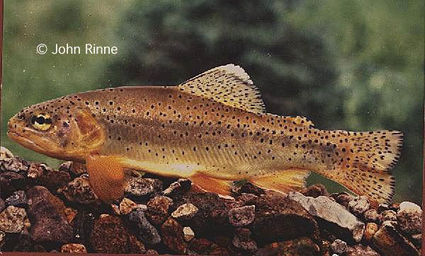 The remaining meeting will be held on Tuesday, April 21 at 6 p.m. at the Arizona Game and Fish Department Headquarters Quail Room, 5000 W. Carefree Highway in Phoenix.

The project calls for the Department to establish wild Apache trout throughout all of the West Fork of Black River and its tributaries with the goal of expanding the wild fishery for this native trout species.

The project calls for maintaining other native fishes that currently exist, but also reintroducing loach minnow into the lowest most reach of the West Fork.

The project will consist of constructing a fish migration barrier, treating the stream to remove non-native fishes, then reintroducing Apache trout, loach minnow, and other native fishes.