...a great friend of the Chris-Craft Antique Boat Club

"Herb," (Herbert L.) Pocklington, was a giant of a man as well as a true hero in every sense of the word. A prime example of American upward mobility, he was born in Algonac, Michigan, home town of the then-fledging Chris Smith and Sons Boat Co. He joined what had become Chris-Craft Corporation in 1942 as a 15-year-old, part-time, "gofer," when the firm was moving from pleasure boats to military craft.

After serving two years in the U.S. Army, he rejoined the firm in 1946 as a factory worker, then served 17 years in a swift rise from employee to Buyer, PR Director, Advertising Manager, and Director of (Product) Planning.

In 1975, when new U.S. Chris-Craft management decided to pull back Swiss operating profits and bring the "benefits" of U.S. management to the Italian operation (and ultimately take it into default), Herb left to set up a successful, multi-company, international boat division for AMF. He retired in 1991 as President of Hatteras International to serve as Chairman of the INTERPLANA Consulting Group, where, at the behest of the U.S. Government, he helped train ex-Soviet and Iraqi firms in adapting to profit-oriented business cultures. While embedded with U.S. forces in Iraq, he was seriously injured by an I.E.D., wounds that troubled him for the remainder of his life.

Herb passed away during the late afternoon, yesterday, Saturday, May 9. His absence can never be replaced, his greatness never, ever exceeded. 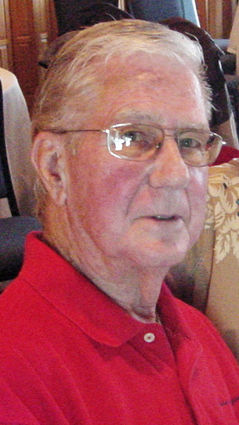 Your Board of Directors