A recall involving Kidde fire extinguishers includes some models sold to recreational boaters: Mariner 10, Mariner 110, Mariner 5, and Mariner 5 G. Kidde, in conjunction with the US Consumer Product Safety Commission, has announced a voluntary recall to replace certain units. A faulty valve component can cause the disposable fire extinguishers not to fully discharge when the lever is repeatedly pressed and released during a fire emergency, posing a risk of injury. About 4.6 million extinguishers are affected that were sold nationwide between August 2013 and November 2014. To see if you have an affected fire extinguisher and arrange for a replacement, go to http://www.cpsc.gov/en/Recalls/2015/Kidde-Recalls-Disposable-Plastic-Fire-Extinguishers. 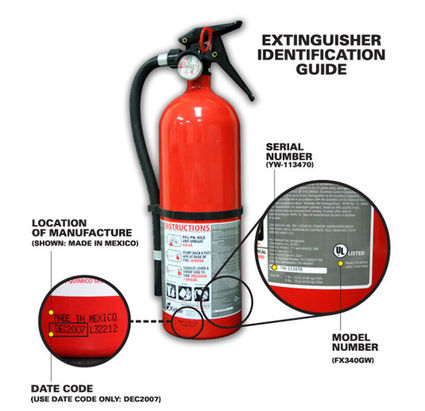