Rainbow Trout Stocking To Be Restored

The Arizona Game and Fish Department, in cooperation with Mohave County and the U.S. Fish and Wildlife Service (USFWS), succeeded on March 4 in executing agreements to restore rainbow trout stocking at Willow Beach National Fish Hatchery, which is located along the Colorado River south of the Hoover Dam.

"This agreement is vitally important to the angling community in Arizona, which supports approximately 1,700 jobs and generates $75 million in economic activity along the Mohave County/Clark County stretch of the Lower Colorado River," said Senator McCain, "I want to commend the Commission for prioritizing this project, as well as USFWS for working with local stakeholders to find a reasonable engineering solution to restore trout stocking.

A summary of the terms of the agreements are as follows:

• The Department will cost-share 50 percent of the pipeline repair ($389,000) of Willow Beach National Fish Hatchery;

• The Department will be given the opportunity to provide input into the planning as needed.

This Is A Win

"We are proud to finalize a cooperative agreement providing vital assistance to an important industry in Arizona, and grateful to Senator McCain for his staunch support of returning trout propagation to Willow Beach," AZGFD Commission Chairman Robert Mansell said. "With this agreement, Arizona will retain its reputation as one of the finest sport fishing destinations in North America."

"Countless individuals stepped up and deserve thanks for speaking out after trout stocking was arbitrarily terminated. I'm proud that our collective efforts will protect trout fishing in Mohave County for future generations and I was honored to play an important role in saving this worthwhile program." 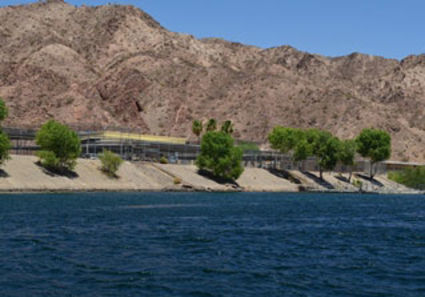 On Nov. 21, 2013, the hatchery, operated by the USFWS, conducted an emergency stocking of 11,000 rainbow trout when the low water level made it impossible to draw water. The hatchery, however, lost 20,000 fish due to a lack of water movement through the system. Since then, the hatchery had been unable to rear or stock sport fish.