The Need For Speed

Yes, you can set official Lake Havasu Speed Records at Desert Storm 2015! For the first time, the top speeds in each class recorded at the Desert Storm Shootout, Saturday, April 25 will become the "Official Record Speed for the Lake Havasu Flying Mile" and will be sanctioned and preserved by the Lake Havasu Marine Association. Event protocols are being formulated now and Ross Wallach has been retained to serve as Competition Director to facilitate the operations. Once again, a collection of the most significant performance boats across the nation are planning to converge on Lake Havasu April 21-26. "Desert Storm 2015 is slated to be our best event ever," says Jim Nichols of LakeRacerLLC. 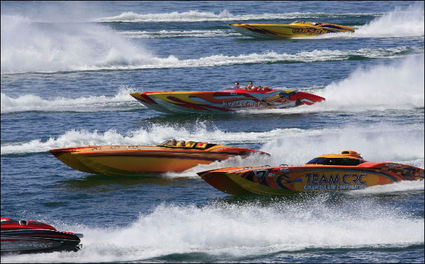