The donations site for the memorial fund is now online.

The Yarnell Hill Memorial Site Board's next meeting will be on Friday, Feb. 27, 2015 at 3 p.m. It will be held at the Yavapai County Administrative Services Building at 1015 Fair Street in Prescott. The public is invited and the agenda for this meeting will be posted at the new Web site for the Memorial Fund: http://Yarnellhillmemorialfund.org.

The Yarnell Hill Memorial Site Board has now launched the Web site that is able to receive online donations. The site also contains information about the Site Board including a list of its members, the legislation, meeting schedules and agendas.

The Arizona Legislature passed House Bill 2624, the Yarnell Hill Memorial Site Board, and signed by Governor Jan Brewer. The bill set aside $500,000 for the purchase of State Trust Land at the deployment site in Yarnell. The land would be designated for a memorial for the 19 Granite Mountain Hotshots who died in the yarnell hill fire on June 30, 2013. 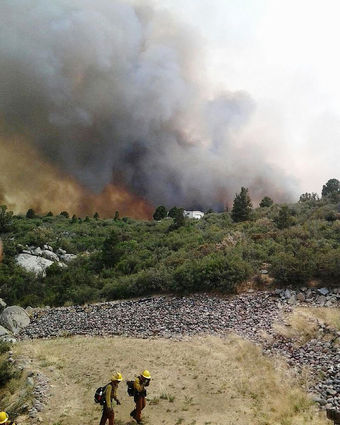