National Hunting and Fishing Day (NHF Day) has selected Jim and Eva Shockey to serve as the honorary co-chairs for 2015 NHF Day. Two of the most recognizable figures in the outdoor industry, the Shockeys are co-hosts of the acclaimed series Jim Shockey's Hunting Adventures.

Eva was featured on the cover of Field & Stream's What's Next issue, making her only the second female ever to be photographed for the magazine's cover in 119 years. The young co-host is a strong advocate for female hunters looking to get into the sport. She travels over 250 days out of the year traversing the globe in pursuit of her passion, hunting and spending time in the outdoors.

"Growing up, my dad always instilled a passion to conserve the natural resources that we often take for granted," said Eva Shockey. "As an outdoorswoman, I see the value in keeping and expanding the natural resources that we have to enjoy. NHF Day is a great way to stop and observe those who came before and the efforts taken by those to conserve our lands and waterways."

Jim has lived an adventure-filled life. A member of the Canadian National Water Polo team for six years, Jim is considered one of the world's foremost experts on Ethnocentric Folk Art and a world-class big-game hunter. His passion for the outdoors was established at a young age, which continues to drive the lifestyle he continues today. Jim is also host of the Outdoor Channel series Jim Shockey's UNCHARTED, which documents hunting adventures in the most remote reaches of the world.

"It's easy to get caught up in the excitement of the hunt, but we as hunters and anglers need to remember what it takes to generate such beauty," Jim Shockey said. "We have a duty to conserve our heritage and that starts by recognizing the efforts of those before us and establishing a mindset of conservation in the next generation of outdoorsmen."

This year, NHF Day takes place on Sept. 26. Congress established National Hunting And Fishing Day to recognize hunters and anglers for their leadership in fish and Wildlife conservation. 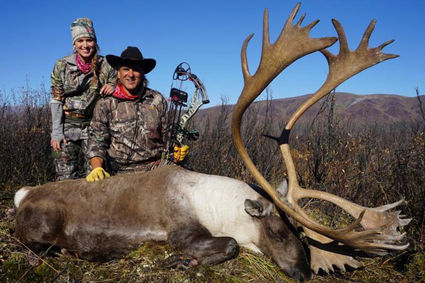