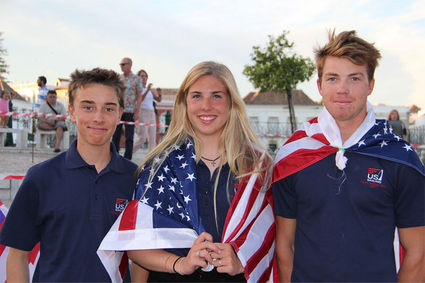 In an effort to dramatically improve the Olympic youth-development system for sailing in the United States, US Sailing and the AmericaOne Foundation are excited to announce a historic new initiative: project pipeline. To give the effort the strong start it needs, the AmericaOne Foundation will support project pipeline with a lead gift of $5 million.

"The top winning nations in sailing share the common trait of a well-formed talent development system," said Josh Adams, managing director of US Olympic Sailing. "This is critical to sustainable success in Olympic sailing. With the extraordinary commitment of $5 million from the AmericaOne Foundation, we are in a position to launch a long-term initiative that will transform the way top young sailors train in the US."

Targeting the best American youth talent, project pipeline is the strategy behind a new-look Olympic Development Program, which aims to better serve young sailors, lead them into high-performance boats earlier in their development, and build well-rounded sailors with complete skill sets. Providing training/racing opportunities with world-class coaching and the highest level of technical standards are the core principles of the initiative.

"AmericaOne is determined to do what it can to help the USA return to the Olympic podium." said Paul Cayard, US Olympian and director of the AmericaOne Foundation. "project pipeline is a necessary ingredient in US Olympic Sailing and it is our hope that others will follow our lead in supporting America's youth."

Noting that project pipeline has commenced as of Feb. 1, Adams said that the extended timeframe of the program will be a key aspect of its effectiveness.

"The 10-year plan is all about creating high-quality training and racing opportunities, in high-performance boats and led by top coaches, for young US sailors with the commitment and drive to excel in the sport," said Adams. "We are excited about the project's launch and to widely distribute more information about the program in the coming months."

US Sailing and the AmericaOne Foundation are united in a shared goal, which is to produce a steady stream of well-prepared sailors and to make the United States a consistent producer of Olympic sailing medals once again. The project pipeline plan features a development program that trains top youth talent through national training camps and campaigns focused on excellence at the world-championship level, while aligning with US Sailing's broad-based youth development initiatives. 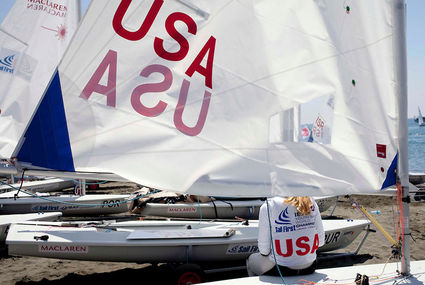 Upcoming announcements regarding the new-look Olympic Development Program - the schedule of training and racing, how young sailors across the US can participate, and how this program will better align with broad-based youth development in the US - will be distributed by US Sailing: http://www.ussailing.org/Olympics

AmericaOne was a finalist in the challenger selection series of the 2000 America's Cup, representing St. Francis Yacht Club. In the following years, the AmericaOne foundation has been a passionate supporter of sailing on many levels including; Olympic Sailing, disabled sailing and underprivileged youth exposure to sailing. The US Olympic Sailing Team has been a major focus of AmericaOne's financial grants since 2005.