A new partnership of LakeracerLLC and DSM Events with Title Sponsor Shugrue's Restaurant Group have joined together to bring the best event in the country to you! Once again, a collection of the most significant performance boats across the nation are planning to converge on Lake Havasu April 21-26.

The Desert Storm 2015 event is slated to be our best event ever. What a great selection of boats have already been signed up, with their owners chomping at the bit for BOATING season to get started. Many have purchased new boats or spent the winter upgrading power, interiors and tow rigs.

A new alliance facilitating the growth and expansion of the Desert Storm Event was announced last October. For Jim Nichols of LakeRacerLLC and Jim Russell of Desert Steel Motorsports (DSM) Events, it's already proving to be a great partnership!

Jim Russell's company DSM Events has produced over 100 events all over the Southwest for over 25 years in many types of motorsports from off-road racing to the IJSBA World Finals of jet skis.

Jim Nichols of LakeRacer LLC has been producing high-performance BOATING events for 15 years in Arizona, Nevada, New Mexico, Texas and Missouri. The two find the merging of their operations and capabilities very exciting for the Lake Havasu event. 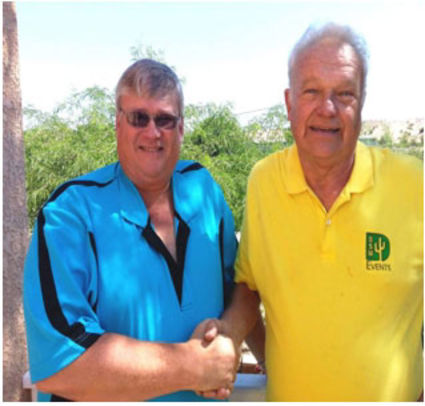 Together, all have planned a new event venue, new relationships with many organizations within Lake Havasu City, such as the Lake Havasu Convention and Visitor Bureau. Downtown Havasu District, and Greeley Broadcasting.

Greeley Broadcasting's Radio Central Stations will provide much more coverage of the event through their regional radio stations covering the Tristate area. Mike Kinney, emcee from Las Vegas, will do live interviews and announce throughout the Street Party, Poker Run, Shootout and Awards Show.

For a more complete description of Desert Storm 2015, visit http://www.lakeracerllc.com