Outgoing Governor Jan Brewer on Dec. 31 announced the appointment of James Zieler to the Arizona Game and Fish Commission.

Zieler has been with Salt River Project since 2008, and has served as Supply Chain Manager, Operations and Maintenance Supervisor and Safety and Security Coordinator. He previously served as Chief of Police for the St. Johns Police Department (1998-2007); Narcotics Agent, Gang Enforcement Officer and Deputy Sheriff with the Apache County Sheriff's Office (1991-98); and, Corrections Officer for the Arizona Department of Corrections.

Additionally, Zieler has served on numerous boards, including as President of the St. Johns Unified School District Board of Education (2010-2014); Executive Board Member of the Law Enforcement Coordinating Committee for the United States Attorney's Office, District of Arizona (1999-2007); Chair of the Apache County Local Emergency Planning Committee (2007-11); and, President of the Northeastern Arizona Police Association (2001), among others. 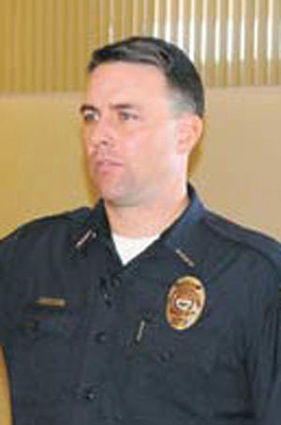 Zieler has volunteered as a hunter-education instructor for the Arizona Game and Fish Department since 1999 and as a Reserve Police Officer for the St. Johns Police Department since 2008. He also served as Varsity Scout Coach for the Boy Scouts of America (1994-2014) and Youth Football Coach at St. Johns Middle School (2006-12).

He obtained a Bachelor of Science degree in Public Safety Administration from Grand Canyon University (2002) and has an Associate in Applied Science in Criminal Justice from Northland Pioneer College (1999).

Zieler awaits confirmation by the Arizona Senate before joining the commission. His appointment for a five-year term will fill the vacancy created by outgoing Commissioner John W. Harris, whose term is expiring.