Grand Canyon National Park is proposing to increase entrance fees into the park. 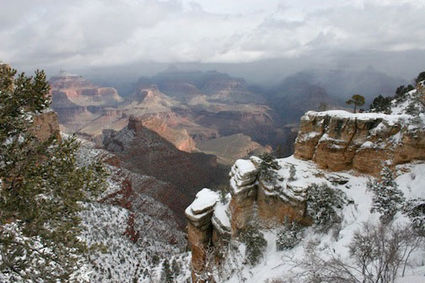 The additional revenue from the fee increase will be used to enhance visitor services, including repair and maintenance of park facilities, restoration and rehabilitation of visitor service buildings, additional park programs and transportation services, and increase resource protection. Examples of projects where fee revenue was used include the Bright Angel Trailhead renovation, the re-design of Mather Point, and the Grand Canyon Visitor Center. The park's free shuttle bus system, projected to have 6.8 million boardings in 2014, is also funded by entrance fee income.

Entrance fees are not charged to persons under 16 years of age or holders of the America the Beautiful National Parks and Federal Recreational Senior, Access or Military Passes. These passes may be obtained at the Park. I

Interagency Passes, which are honored at all federally managed land units, are not affected by the proposed fee increase and will remain at $80 for the Interagency Annual Pass, $10 for the Senior Pass and free for the Access or Military passes.

Comments received during the 60-day public comment period will inform the agency's decision on how or if a fee increase will be implemented.