US Sailing Wants To Know If You Have A 'Coach Of The Year' In Mind? 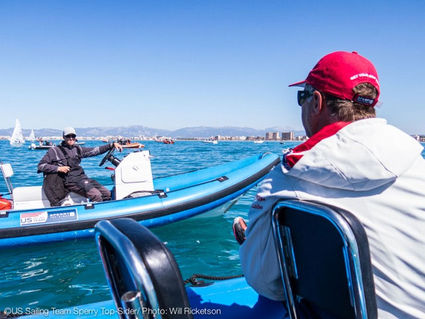 US sailing's Olympic sailing Committee (OSC) today announced that the nomination period has opened for the 2014 US sailing Coach of the Year Awards. The OSC will honor coaches in five categories who have distinguished themselves at the youth, national and international levels.

The awards are a part of the United States Olympic Committee's (USOC) Coach Recognition Program, which highlights the accomplishments and contributions of U.S. coaches who train athletes at all levels of Olympic and Paralympic sports. In 2013, the National Coach of the Year Award was given to Mark Ivey (Tiburon, Calif.), who won it for a second time.

Nominations will be accepted from the public until December 31, 2014, via e-mail to nominations@ussailing.org

Each nomination should include the following information:

• Which of the five coaching awards (see below) the individual is being nominated for.

• Honors or recognitions received by the nominee in 2014

• Contact information, including a phone number and email address, for both the nominator and the nominee

All accomplishments eligible for review by the panel are required to have taken place in 2014. Additionally, each nominee must be actively coaching in 2014, or be less than one year removed from his or her date of retirement.

National Coach of the Year nominations fall into five categories:

• National Coach of the Year

• Volunteer Coach of the Year

• Development Coach of the Year

• Paralympic Coach of the Year 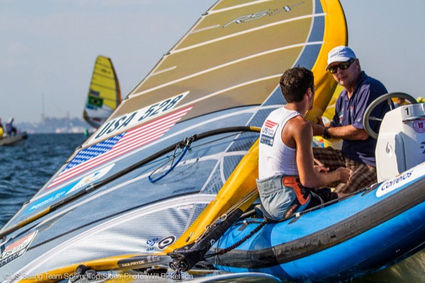 The goals of the USOC's Coaching Recognition Program are to recognize the accomplishments and contributions coaches make to sports at all levels of athlete development and to elevate the status of coaching as a profession.

For more information about these awards or to submit a nomination, please e-mail nominations@ussailing.org