Up To $1,500 Available For Information

Arizona Game And Fish is seeking information regarding the poaching of a yearling pronghorn buck in Game Management Unit 19B at Juniper Woods south of Interstate 40.

Officers with Game And Fish need the public's help and operation game thief (OGT) is offering up to a $750 reward for information leading to an arrest of those responsible for the crime. The Arizona Antelope Foundation is offering up to $750 upon conviction.

Evidence At The Scene

"Significant physical evidence was collected at the scene," said Zen Mocarski, public information officer for the Game And Fish Region 3 office in Kingman. "However, the help of the public is critical in finding those responsible."

"It all seems pretty connected," said Noah Silva, a Region 3 Wildlife manager. "The tire tracks were clearly visible and went directly to the dead pronghorn."

The poaching took place off the Crookton exit off I-40. The pronghorn was found dead on Prairie Dog Road off Arizona Road. The hind quarters of the animal were removed and the rest was left to waste.

If found, those responsible may face criminal charges, including knowingly take of big game Wildlife during a closed season, which is a Class 1 misdemeanor and carries a maximum fine of $2,500 and six months in jail.

After the case is adjudicated, those responsible also face a potential civil assessment and possible license revocation by the Game and Fish Commission. 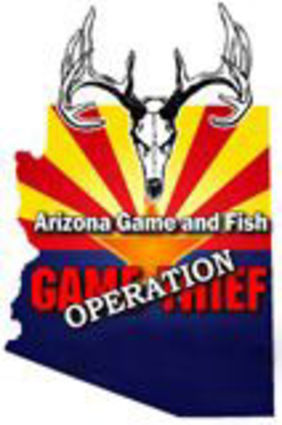 "This is not the act of a hunter," Mocarski stated. "Poaching is a crime. It is important for anyone with information to come forward. There's a lot of territory for an officer to cover and the eyes and ears of the public are critically important in bringing poachers to justice."

Anyone with information about this case, or any Wildlife violations, should call the OGT hotline at (800) 352-0700. Poaching and other violations can also be reported online at http://www.azgfd.gov/thief. The identities of reporting parties will be kept confidential.

All reports regarding the poaching of the yearling pronghorn, whether reported by phone or email, should reference case number 14-003109.