The Association of Fish and Wildlife Agencies (AFWA), the professional association that serves as the collective voice of North America's state, provincial and territorial fish and Wildlife agencies, is proud to announce that Arizona Game and Fish Department Director Larry D. Voyles has been selected as the organization's incoming President for 2014-2015.

Voyles has served in other posts within AFWA, including a term as the Association's Vice President. Outgoing President Dan Forster, director of the Georgia Wildlife Resources Division, had high praise for his successor.

Incoming President Voyles said, "North America is truly blessed to have the directors of the state and provincial Wildlife agencies delivering conservation on a continental scale.

"These dedicated conservation professionals are able to deliver nearly $4.5 billion of conservation in the US alone because of amazing coordinating capabilities of the Association of Fish and Wildlife Agencies and the regional associations with which we're affiliated."

AFWA represents its state agency members on Capitol Hill and before the Administration to advance favorable fish and Wildlife conservation policy and funding, and works collaboratively on important national and international Wildlife issues.

Arizona Game and Fish Commission Chairman Robert Mansell is pleased that Voyles has been elected AFWA president. "Director Voyles is most adept at bringing diverse groups to the table in the interests of advancing Wildlife conservation," said Chairman Mansell. "We are proud of his achievement and look forward to the benefits that this year will bring to Arizona's wildlife." 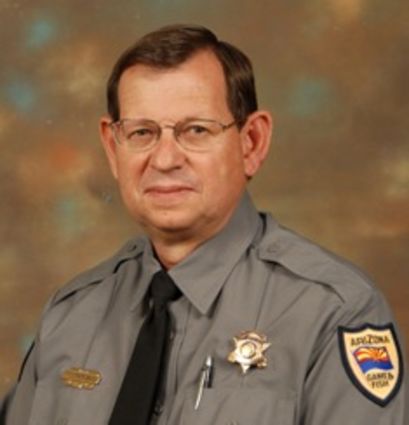 President Voyles commented,"The public's goodwill can ultimately guarantee our continent's Wildlife legacy, so we absolutely must tell those we serve the story of the North American Model of Wildlife Conservation because it explains who we are, where we come from, how we do business, and why."

For more information about the Association of Fish and Wildlife Agencies, visit http://www.fishwildlife.org