This colossal catfish was caught by Italian angler Dino Ferrari from the River Po Northern Italy. It measured an incredible 8.6 feet (259cm) and weighed a staggering 260 pounds, making it one of the largest catfish ever landed in Europe. Dino, who fishes for German tackle firm Team Sportex, has plenty of experience of fishing the Po, having landed numerous other cats over 200 pounds from the waterway. However, the huge fish is still some way short of the official IGFA record, which is a whopping 297-pound, 9-ounce cat landed by Hungarian angler Zsedely Attila back in 2011. 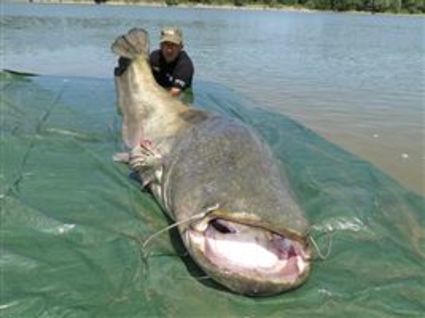