Arizona Game & Fish offers many boating safety classes. You may see these on page three of our print version each month.

Arizona Game And Fish officers stopped a personal watercraft rider on Lake Pleasant last weekend for not wearing his life jacket, and that may have saved his father's life.

On the morning of July 4, Game And Fish Officers Bryan Marshall and David Mayer saw 19-year-old Hoy Lam on a red Sea Doo personal watercraft (PWC) leaving the Lake Pleasant boat launch area without a life jacket and heading towards the main lake at a high rate of speed. The officers stopped the driver and cited him for not wearing his life jacket and for exceeding "wakeless speed" in the boat-launch area.

"After citing him, we watched the PWC driver return to his camp on shore where he put on his life jacket and went back out on the lake," said Officer Bryan Marshall of the Arizona Game and Fish Department (AZGFD). "But, as it turned out, that wasn't the end of the story."

About two hours later, Officers Marshall and Mayer got a call on their radio about a multiple PWC crash in the open water of the main lake. A red Sea Doo had "t-boned" another PWC at a high rate of speed. At the scene of the crash, other AZGFD officers and Maricopa County Sherriff deputies found the driver of the red Sea Doo thrown from his PWC but conscious.

"We quickly recognized him as Hoy Lam, the same man we had stopped earlier in the day for not wearing his life jacket," said Officer Marshall.

The driver of the second PWC, Hoy's father Phong Lam, was floating face-down and unconscious. "Witnesses on a nearby pontoon boat saw him floating in the water and jumped in to right him," said Officer Marshall. "Officer Mayer also jumped into the water to assist in transitioning the injured operator to a back board."

The injured boaters and passengers were taken to the boat ramp and transported to the hospital by helicopter. Phong Lam suffered a broken leg, and passengers on both PWCs had minor injuries, but they all survived the crash because everyone was wearing their life jackets.

"It was our first time riding jet skis, and we didn't know that life jackets were required," said Phong Lam. "I'm glad now that I was wearing a life jacket because it saved my life." 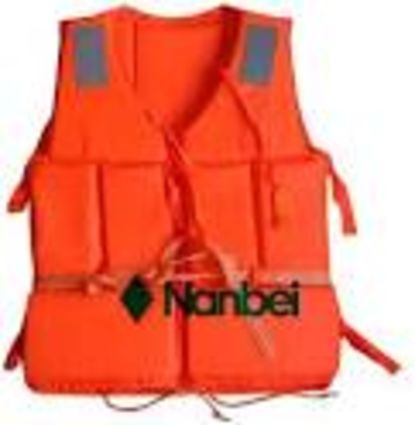 "Had we not stopped this PWC rider and made him wear a life jacket, the other people in his party might not have known to wear their life jackets. There could have been one or more fatalities on the Fourth," said Officer Marshall. "Instead, life jackets bought them time enough to be rescued. It's why we say 'Life jackets save lives.'"

Arizona law requires that all PWC operators wear a life jacket and that they attach the PWC's lanyard-type ignition safety switch to their person. Game And Fish recommends wearing a life jacket anytime you're on the water.