July 10, the U.S. Senate effectively killed the Bipartisan Sportsmen's Act of 2014 when it failed to pass a vote that would have moved the bill forward. After 81 amendments were offered to the bill, many of which were not supported by the sporting community or germane to the original bill, the vote reflected the partisan animosity of the mid-year elections.

The bill had 46 cosponsors and had the strong support of most hunting and angling organizations and many conservation organizations.

"Upfront, we wish to thank the bill's sponsors Senators Kay Hagan (D-N.C.) and Lisa Murkowski (R-Alaska) for working with us to craft a bipartisan bill that we, and others in the sporting community, believe should have passed," said American Sportfishing Association Vice President Gordon Robertson.

"It's very disheartening that the Senate process and partisan politics pulled down, for the second time in two years, a comprehensive sportsmen's package that would have benefited this nation's fish and Wildlife resources as well as hunters and anglers.

Robertson further said, "The failure had nothing to do with the merits of the bill and much to do with mid-term elections this year. Neither party wants to give an advantage to the other. Although we understand that this has always been the way of politics, but we also understand that good public policy requires discipline to do what is right for the nation. The former is what killed this legislation and other recent bills in the Senate."

The sportfishing community had expected that germane and bipartisan-supported bills such as the National Fish Habitat Conservation Act, solutions to the red snapper management problems in the Gulf of Mexico and the beach access problems at Cape Hatteras National Seashore would become amendments to the package.

Robertson further noted, "While these, and other beneficial amendments were filed, many other amendments served only as polarizing lighting rods. It's possible the bill could return in a lame-duck session, but it is too early to make that prediction." 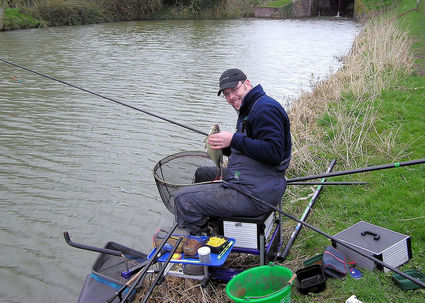 The American Sportfishing Association (ASA) is the sportfishing industry's trade association committed to representing the interests of the entire sportfishing community. We give the industry a unified voice, speaking out on behalf of sportfishing and BOATING industries, state and federal natural resource agencies, conservation organizations, angler advocacy groups and outdoor journalists when emerging laws and policies could significantly affect sportfishing business or sportfishing itself.

ASA invests in long-term ventures to ensure the industry will remain strong and prosperous, as well as safeguard and promote the enduring social, economic and conservation values of sportfishing in America. ASA also gives America's 60 million anglers a voice in policy decisions that affect their ability to sustainably fish on our nation's waterways through KeepAmericaFishing™, our angler advocacy campaign.

America's anglers generate over $48 billion in retail sales with a $115 billion impact on the nation's economy creating employment for more than 828,000 people.