The Most Expensive Ship Ever 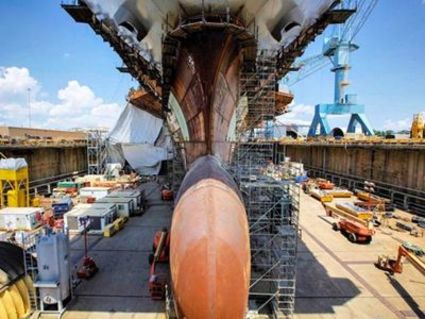 The United States' next generation of aircraft carrier is the FORD-class carriers - the first-in-class USS Gerald R. Ford has been being built at Newport News Shipbuilding, Va.

The numbers behind USS Gerald R. Ford are impressive: about $14 billion in total cost, 224 million pounds, about 25 stories high, 1,106 feet long, and 250 feet wide. But, the sheer enormity of the ship and construction operation is hard to grasp until you're nearly face-to-metal with the massive military beast.

At Newport News Shipbuilding, the power of new technology and 100 years of...