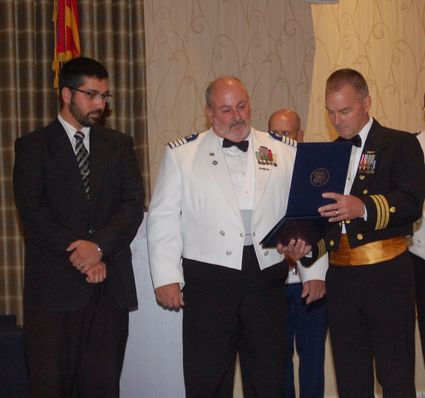 Two of our local auxiliarists, Dave Esparza and Robert Rodriquez, were presented the Commandant Letter of Commendation for their heroic deeds in saving a life at the National Sportsman Expo in February at Glendale Stadium.

The Coast Guard Auxiliary has a wide variety of events such as this one as well as intense training which enabled Esparza and Rodriguez to successfully perform cpr and save a life.

The Auxiliary has an extensive list of career paths; there is something for everyone, whether you are a boater or not.