Now Is The Time To Apply

The Arizona Game and Fish Department is budgeting $75,000 in grant funding for local sportsmen's groups or organizations that will host public programs or events that teach people how to hunt and the role hunters play in Wildlife conservation in Arizona.

"The Local Sportsmen's Group Grant is perfect for organizations that are looking to start or expand introductory hunting programs in their communities but lack the funding," said doug burt, hunting and shooting sports program manager of Arizona Game And Fish. "This grant program is an investment in the local organizations that, day-in and day-out, are teaching people how to be safe, ethical and responsible hunter-conservationists."

Applications for the Local Sportsmen's Grant program are being accepted for approximately six weeks and must be received no later than 5 p.m. (MST) on Monday, July 7; postmarks do not count.

To apply for a grant, download an application packet from http://www.azgfd.gov/LSG or call (623) 236-7530. Completed applications can be submitted by email to rbeck@azgfd.gov or sent by U.S. mail to: Arizona Game and Fish Department, DOFP, Attn .: Robyn Beck, 5000 W. Carefree Highway, Phoenix, AZ 85086.

The funding window focus for the 2014-15 grant cycle is on "new hunter recruitment and retention through continued engagement." Priority will be placed on projects that involve the take and/or harvesting of Wildlife using a firearm, bow and arrow, or trapping. Projects funded by the grant must be open to the public and conducted in Arizona. Funds (pending fiscal year 2015 budget approval) will be awarded through a competitive application.

"Based on our surveys, there is plenty of public interest and support of hunting, but many peoples are from families that did not grow up around these activities and need an experienced mentor to show them the way," Burt said. "Local sportsmen's groups / organizations offer a perfect solution because they can give provide the kind of guidance and support they need."

The annual Local Sportsmen's Group grant program was created in 2007 to assist local sportsmen's groups and organizations as they are critical to Wildlife conservation and continuing the hunting heritage. To be eligible, applicants should be not-for-profit, local, Arizona-based, or an Arizona-chapter sportsmen's or outdoor development organization with a focus on hunting, fishing, shooting, trapping and Wildlife. 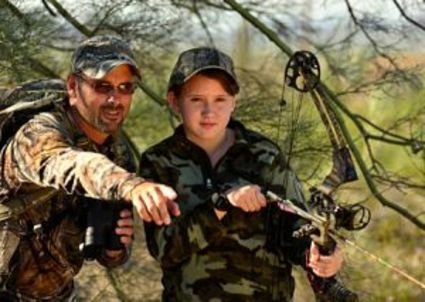 Historically, local sportsmen's groups have played a critical role in Wildlife conservation, and defining the North American Model of Wildlife Conservation, such as their role in eliminating market hunting at the end of the 19th century, and the grassroots support they provided in the 1930s for dedicated funding via Congressional acts for Wildlife conservation.

Note: There is no cost to Arizona taxpayers for this grant program. The Arizona Game and Fish Department does not receive any of the state's general funds, and operates under a user-pay, public-benefit model. The Local Sportsmen's Group Grant Program is an investment in the continuance of Wildlife conservation efforts and outdoor recreation participation in the state of Arizona.