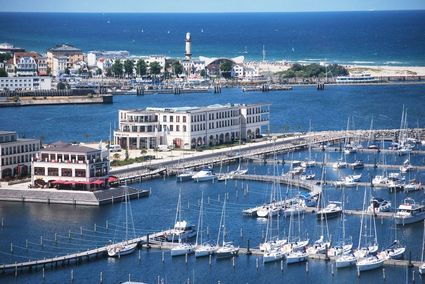 "As the nation's economic recovery matures and BOATING businesses prepare for summer, a peak selling season for recreational boats, accessories and services, we expect to see continued stable growth in sales," noted NMMA President Thom Dammrich. "Following a year of inclement weather throughout the U.S. driving pent-up demand and Americans taking to the water in record numbers, the industry is primed for a busy selling season."

Versatile boats are leading recovery and driving industry innovation. Ski and wakeboard boats, as well as fiberglass and aluminum outboard boats, led the industry's growth in 2013. Ski and wakeboard boats continue to grow in popularity, with an 11% increase in the number of new boats sold at retail in 2013 to 6,100 units; outboard boats (pontoons, fishing boats and small family cruisers) were the most popular type of new powerboat sold in 2013, comprising approximately 84% of the powerboat market and up 5% to 134,800 units.

Additionally, the personal watercraft (PWC) category increased 2% compared to 2012 with 39,400 new craft sold at retail, and inboard cruisers leapt in retail sales 10% compared to the previous year with 2,200 new units sold in 2013.

What's more, 2013 was the first time since pre-recession (2009) that the ratio of pre-owned boat to new boat sales decreased, indicating a shift in consumer demand for new boats.

"In 2013, we saw more manufacturers producing innovative boats that offer an entry into the BOATING lifestyle at a variety of price points. A trend in boat manufacturing is the versatile boat - one that can pull tubers or wake boarders, be used for fishing outings, relaxing with the family or entertaining," noted Dammrich.

"We're seeing manufacturers shift their manufacturing processes, becoming leaner and more efficient, to be able to offer these innovative boats at a lower cost, in turn introducing more people to BOATING. Across the board, the BOATING industry recognizes the demand of the 88.5 million Americans who go BOATING and want to own a boat of their own and pass their water gene on to future generations."

U.S. Recreational BOATING By The Numbers

Americans are taking to the water in record numbers: Of the 241.9 million adults in the United States in 2013, 36.6%, or 88.5 million, participated in recreational BOATING at least once during 2013 - the second highest percentage on record.

Currently, 95% of boats on the water are 26 feet or less - boats that can be trailered by a vehicle to local waterways.

Leading the nation in sales of new powerboat, motor, trailer and accessories, the top ten BOATING states in 2013 are the following:

Source: The NMMA's 2013 Recreational BOATING Statistical Abstract, which can be downloaded and purchased within the Statistics section's Research Library on NMMA.org. For excerpts and additional data from the Abstract, please contact Sarah Ryser at sryser@nmma.org, (312) 946-6285. Join the conversation on Twitter and follow @therealnmma. #boatingnews 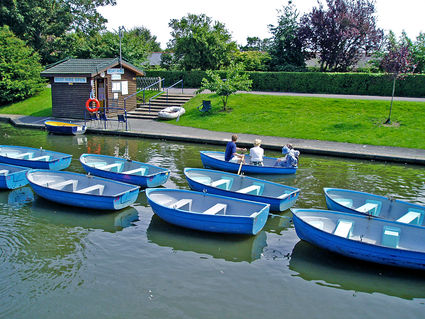 National Marine Manufacturers Association (NMMA) is the leading association representing the recreational BOATING industry in North America. NMMA member companies produce more than 80 percent of the boats, engines, trailers, accessories and gear used by boaters and anglers throughout the U.S. and Canada. The association is dedicated to industry growth through programs in public policy advocacy, market statistics and research, product quality assurance and promotion of the BOATING lifestyle. For more information, visit NMMA.org.