catfish stockings will continue in all CFP waters through mid-June. Grab your fishing poles and catch a feisty catfish!

We need your help in catching poachers. Fishing without a license and taking too many fish are common violations. This interferes with our ability to manage fishing lakes and reduces your opportunities to catch fish.

The Arizona Game and Fish Department's operation game thief is an anti-poaching program that encourages the public to report any suspicious activity or knowledge about a poaching violation.

A toll-free hotline is available 24 hours a day, seven days a week at 1-800-352-0700. The information also can be reported on the Department's Web site (www.azgfd.gov). Your report can remain confidential upon request, and rewards of up to $8,000 are available for information leading to an arrest.

Do your part by helping the Department by reporting poachers. 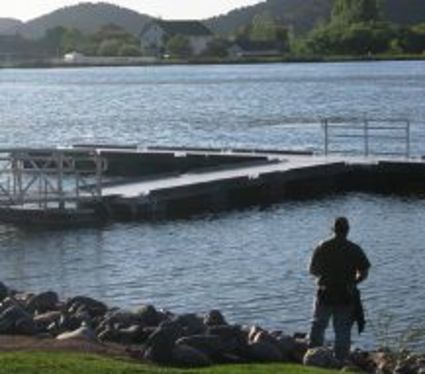 The town of Gilbert is evaluating a proposal to modify Water Ranch lake at the Riparian Preserve into a Catch-And-Release lake. As part of the town's proposal, new catch-and-keep fishing opportunities are being proposed at Freestone park in addition to the newly added CFP ponds of McQueen and Discovery parks.

Thus far, there have been two public meetings convened on March 19th and March 22nd, and many comments have been received on both sides of the issue.

The tentative date for discussion by the Town Council is set for Thursday, May 15 at 50 E Civic Center Dr Gilbert, AZ 85296.

If the proposal is approved by Town Council, new regulations would need to be approved by The Arizona Game and Fish Department Commission at the September 2014 meeting. Public comments will be solicited during that process as well.