Forest visitors camping and actively engaging in hunting or other recreational activities on the Coconino, Kaibab or Prescott National Forests are not at risk of being cited or having their property considered abandoned after 72 hours

The U.S. Forest Service has issued a clarification to address concerns that were raised in the months following an August news release. The release stated that trailers left unattended for more than 72 hours on the Coconino, Kaibab or Prescott National Forests could be considered abandoned property and subject to removal, with the owner subject to possible citation.

The news release caused hunters, other outdoor recreationists, county sheriffs, the Arizona Game and Fish Department and Commission, and elected officials to express concerns about what appeared to be an unprecedented change in the Forest Service's 14-day stay limit for camping. The Forest Service's clarification indicates this is not the case.

We are concerned that hunters may have recently been given the impression that they are at risk of having their trailers or other vehicles towed while visiting the Kaibab and Coconino National Forests in northern Arizona. This is simply not true, and we want to set the record straight in the hopes of reducing any residual anxieties that our forest visitors might have.

Back in August, the Forest Service distributed a news release that attempted to explain rules regarding abandoned property on the National Forests. The intent of the release was to provide information and clarification on a growing issue facing forest managers. We regret the confusion and concern, particularly among the hunting community in Arizona, caused by our miscommunication.

Let us be 100 percent clear. Forest visitors camping and actively engaging in hunting or other recreational activities are not at risk of being cited or having their property considered abandoned after 72 hours. Hunters and other campers have never been required to move camp every 72 hours and will not be required to do so in the future.

The Kaibab and Coconino National Forests are not implementing any new regulations or policies. Both forests have orders in place for a 14-day stay limit for camping occupancy.

Forest users may camp and occupy a site for as many as 14 days in a 30-day period. Most of our hunters and campers have long been familiar with this 14-day stay limit, and it has not changed.

While we welcome legitimate uses of the national forests such as hunting and camping, we do have concerns about some other activities and uses that are becoming all too common. Specifically, we have seen a steady increase of recreational trailers, vehicles and other personal property being abandoned on the Kaibab and Coconino forests in recent years.

The Forest Service has the authority and the obligation to remove abandoned property in order to protect the public from potential hazards and to keep the forests from becoming a dumping ground for unwanted items. 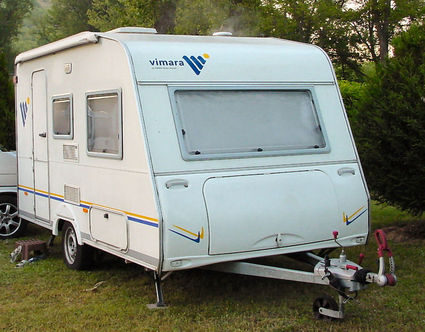 We apply these regulations as a tool when appropriate to address this growing concern, consistent with state law. Practically speaking, visitors cited for abandoning vehicles and property represent an incredibly small percentage of the millions of visitors to the Kaibab and Coconino forests each year.

The number of abandoned vehicles towed is an even smaller percentage. We also make every effort to locate and contact owners of property that we suspect has been abandoned prior to any enforcement action being taken.

The Kaibab and Coconino forests welcome hunters and other recreational visitors. We cherish our heritage of providing outstanding natural and cultural resources for members of the public to experience and enjoy. We have no interest in interfering with our visitors' legitimate uses of the forests, and we look forward to continuing our legacy of being a premiere destination for Arizona's hunters.