Lake Mary, although water levels are low, is a viable fishing option - it also has walleye, yellow perch and largemouth bass. What's more, there are no boat motor restrictions.

At the Mogollon Rim lakes, skim ice began to develop on cold nights along the shoreline of the higher elevation lakes, but has been melting off by mid-day.

Cooler temperatures are ideal for trout, and the winter trout stockings have begun.

Prescott is one area slated to receive a fishing boost. Watson received rainbow trout last week, Goldwater was stocked this week, and Fain and Lynx are set to receive trout next week.

The stockings will continue periodically through February.

"It is a great time to wet a line," said Matt Chmiel, fisheries program manager for the Game and Fish Region 3 office in Kingman.

Chmiel said he understands the frustration some trout anglers experience during the summer months, but now that the water temperatures are down, fishing should pick up.

"Going out in the morning may help people avoid the crowds," he said

Chmiel suggested small spinners and Power Bait, although marshmallows can work. He added that two popular spots at Watson Lake to cast a line are at the new and old launch areas, which provide the easiest access.

"Fishing is just a great way to relax and spend some time with the family with few interruptions," Chmiel said. "Getting kids outside and away from the computers helps create an important connection with the outdoors."

Other species available in all four lakes include largemouth bass, sunfish, channel catfish, and crayfish. Watson also has opportunities for crappie.

By the way, Big Lake has now been stocked with 7,875 rainbow trout.

A hybrid striped bass was recently captured by Ray Gilmore at Lake Pleasant. The fish weighed 2 pounds, 13.76 ounces, and measured 18.5 inches - the first recorded state record for this species. 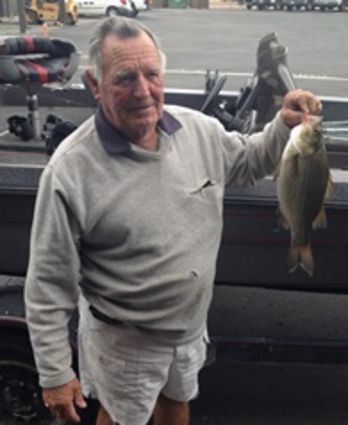 But it's a little trickier to tell a white bass from a hybrid. Here's how to tell them apart: A white bass has stripes that are generally faint with only one stripe that extends to the tail. Hybrids have distinct striping and several extend to the tail.

The most distinguishing characteristic is that white bass only have one tooth patch on the tongue as opposed to two distinct patches in hybrids.