It’s been called “one of the greatest comebacks in sports history.” Oracle Team USA has won the America’s Cup with its final winner-take-all Race 19 on San Francisco Bay Sept. 25.

It looked as if New Zealand would be the victors as the Kiwis had eight wins as of Sept. 18, but Jimmy Spithill steered Oracle’s high-tech 72-foot catamaran to its own eighth- straight victory and crossed the finish line just seconds before Emirates Team New Zealand.

This is the first crew to win eight races in a row in an America’s Cup match. Previously, there were three five-race winning streaks, but that was when the America’s Cup was the best out of nine. Begun as the best-of-17, Oracle needed 11 victories, as it had been penalized two points for illegally modifying boats in warm-up regattas.

The 2013 America’s Cup, which was number 34, had all the tension of the 1983 regatta; it was then that Australia II came back from a 3-1 deficit to beat U.S.A.’s Dennis Conner and end New York Yacht Club’s 132-year winning streak. 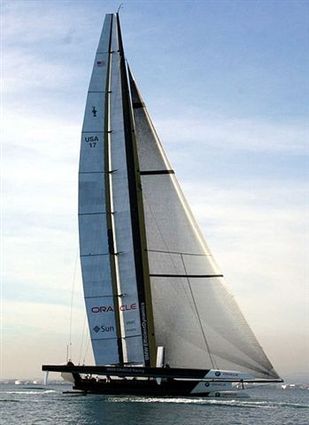 From an historical perspective, it was 1851 when the schooner America, representing the youthful New York Yacht Club, beat the British, winning the Royal Yacht Squadron’s 100 Guinea Cup off the coast of England.

Since that victory, 162 years have passed and only four nations — the United States, Australia, New Zealand, and Switzerland — have won the America’s Cup, considered by some to be the oldest trophy in international sports.