Help Medical Researchers ‘To Catch The Cure For CF’

The colors will be changing and the fall fishing could be at its best as 25 guided boats and 50 anglers take to two scenic rivers for the 10th annual Rocky Mountain Fly Celebrity Classic, Sept. 26-28, for rainbow and brown trout. 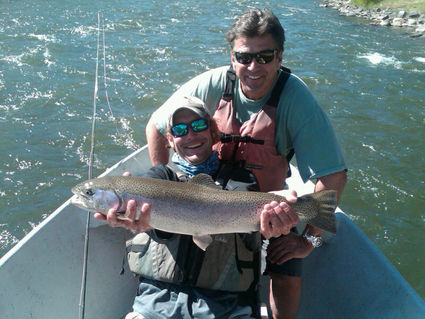 Cooper — a former NFL Denver Broncos’ lineman and celebrity in many of the Redbone’s 25 years of tournaments which began in the Florida Keys — helped start the Colorado event.

“You don't need to be an accomplished fly-fisher man or woman,” he said. “The guides do everything for you; they're the best. I call it Cadillac fishing,” he laughed. “You sit in a dory or raft, being rowed by these tremendous guides down two of Colorado’s most scenic rivers enjoying the beauty while the guides keep you targeted catching rainbows and browns.