Frozen Watersports Thaw Out In July Coyotes Curling Club leaves the rink for annual ‘No Broom, No Ice, No Problem.’

It's that time of year again where your beloved Coyotes Curling Club leaves the confines of the curling rink to brave various shuffleboard tables across the Valley in support of the eighth annual No Broom, No Ice, No Problem shuffleboard pub crawl and barbecue fundraiser.

Last year the event raised over $1,500 and with your continued support, we will try to break the $2,000 mark and add the proceeds to our Building Fund so that we can have dedicated curling in Arizona by January 2014!

This years event will be Saturday, July 20.

Participants of the Crawl will be treated to a commemorative t-shirt to wear during the event, an air-conditioned bus to whisk us along on our adventure, complimentary beer to drink between stops, prizes, games, and a BBQ/pool party after the event, which starts at 10 a.m. and ends with the barbecue at about 5 p.m..

Along with all of this fun, there is a team auction called the “Calcutta.” Every team requires/gets an owner! In the past two years, winners who bid on the winning team won over $1,000 combined — not a bad chunk of change!

For those who have not been with us before, the event is a round-robin format; the final game is played using curling rules, and the winners will have their names forever engraved on the coveted No Broom, No Ice, No Problem Trophy and will receive a special winners’ prize.

Space is limited to the first 16 teams (32 players). We will notify you once we have received your Crawl registration, so don't delay in getting it in. As it is now, we know of six teams chomping at the bit to get their entry in!

Please let me know (phone number below) if you have any questions and thank you for your support! 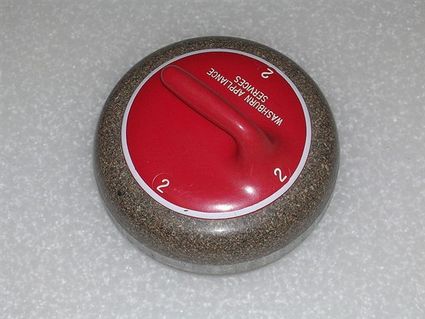 Curlboard!!! Awesome! I might have to borrow that term moving forward!! Thank you for letting your viewership know about the event. The registration form is out on coyotescurling.com now as well!!