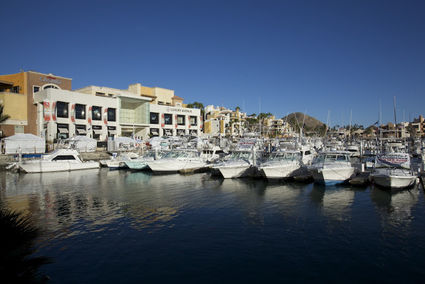 LOS CABOS, Mexico — For the last four years, one of Mexico’s most popular boat shows has been held annually at the IGY Marina in Cabo San Lucas, Mexico. The Cabo Marine Show returns on May1 through May 4 in an event that is expected to draw more than 4,000 visitors from mainland Mexico, the United States and Canada to explore the best nautical and marine-industry products and services that Mexico has to offer.

There are many reasons as to why projections have visitor numbers increase more than double since the show’s debut four years ago. In 2012, the dates were modified to accommodate the G20 Summit held in Los Cabos, pushing the event back to the first week of July.

In addition, the economy has drastically improved compared to 2011 and 2012 in Los Cabos. Last, the safety and security found in the destination is unparalleled and people have come to understand this fact.

Sergio Igartua, founder of the Cabo Marine Show explains more about this year’s high expectations, “For the 2013 event, we are expecting more than 1,000 visitors per day during our new four-day event program. We also will have up to 50 industry exhibitors ranging from yacht brokers to marine-industry brands and makes such as Azimut, Bertram, Beneteau, Fairline, Sea-Doo, Suzuki and Mercury Marine, among others such as the privately owned Spirit of Two Thousand & Ten luxury megayacht.”

The Cabo Marine Show is much more than a nautical event. It is about creating a network between exhibitors and local business owners as well. The show features more than 50 local, national and international companies with dozens of the newest boats, gadgets, engines, marine gear and accessories.

The Cabo Marine Show is unique in the sense that it offers live entertainment nightly, with local musicians playing for the public. With a superior location on the marina waterfront, access to the top restaurants and hottest bars is another perk. Today, it is the only boat show in Mexico that offers an open-air, in-water setting with free admission to the general public in the heart of the downtown area in Cabo San Lucas.