A new National Park Service report shows that more than 10.1 million national park visitors in Arizona in 2011 spent $766 million and supported 12,886 jobs in the state. Nationwide, visitors to the 398 units of the National Park System had a combined $30 billion economic benefit that supported 252,000 jobs. The Arizona jobs figure is the nation’s second highest after California.

“The national parks of Arizona are exceptional and diverse – from the Sonoran Desert borderlands of Organ Pipe Cactus to the timeless wonder of Grand Canyon. The attraction of these 20 natural and cultural jewels as havens for relaxation, exercise and learning about our national story is undeniable,” said John Wessels, regional director for the Park Service’s eight-state Intermountain Region, which includes Arizona.

“Arizona’s millions of park visitors, and the people of the state who live and work in communities near its national parks, are investors in these treasures of our heritage,” Wessels said. “The money that visitors spend on national park trips has positive effects on the local, state and national economies. And the local efforts of Arizonans — those who own or work at businesses that serve local and long-distance park visitors, or who provide services for parks and park employees — are essential ingredients in these community transactions.”

The peer-reviewed visitor spending analysis was conducted by Yue Cui, Ed Mahoney, and Teresa Herbowicz of Michigan State University for the National Park Service. The report shows $13 billion of direct spending by 279 million national park visitors in communities within 60 miles of a park. This spending supported 252,000 jobs, most of which also are in communities near national parks. Park visitor spending had a combined $30 billion impact on the U.S. economy as a whole. 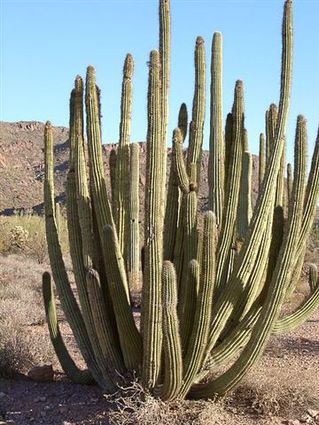 According to the report, most visitor spending supports jobs in lodging, food, and beverage service (63 percent). Other spending categories include recreation and entertainment (17 percent), other retail (11 percent), transportation and fuel (7 percent) and wholesale and manufacturing (2 percent).

To download the national report, visit http://www.nature.nps.gov/socialscience/products.cfm#MGM and click on Economic Benefits to Local Communities from National Park Visitation, 2011. The report includes information for visitor spending at individual parks and by state.

To learn more about national parks in Arizona and how the National Park Service works with communities in the state to help preserve local history, conserve the environment, and provide outdoor recreation, go to http://www.nps.gov/arizona.