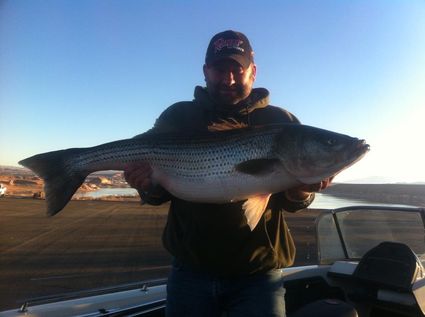 Early in the year, a lucky 13-year-old from Denver, Colo., was trolling with leaded line near Forgotten Canyon just upstream from Bullfrog Marina. As Wayne Gustaveson reported, "We are still trying to talk with Jessie Pond to find out exactly what lure he was using and how he was holding his mouth, what he had for breakfast and other important details." Jessie and his dad brought the big fish to Bullfrog Marina after hours and were able to get it weighed at the Bullfrog Post Office. The length was 43 inches and weight was 27.5 pounds. Gustaveson said that when there is more information, it will be sent out; stay tuned to http://www.wayneswords.com. We know that there is a big fish contest going on at Lake Powell in 2013 sponsored by Wild Hare Baits. If entered, this fish could win some very nice prizes. 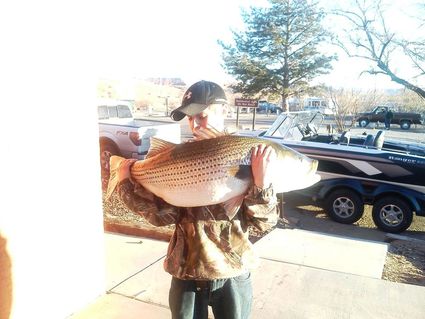