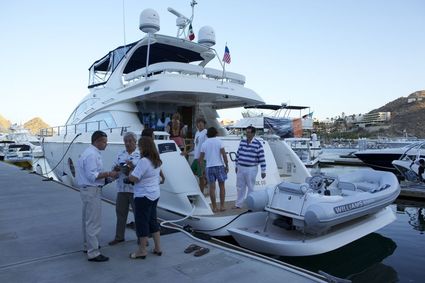 Los Cabos, Mexico (February 27th, 2013) – For the last four years, one of Mexico’s most popular boat shows has been held annually in downtown Cabo San Lucas at the IGY Marina. The Cabo Marine Show returns May 1-4, 2013, in an event expected to draw more than 4,000 visitors to docks K-M outside the Wyndham Cabo San Lucas hotel. The confirmation of Bisbee’s solidifies a joint effort to continue supporting the Los Cabos tourism and sport fishing markets.

The Spirit of Two Thousand Ten Mega Yacht, operated locally by Synergy, has created quite a stir. The biggest and most expensive yacht ever-constructed in British Columbia, it was also the showcase yacht for the opening ceremonies at the Winter Olympics held in Canada in 2010.

Its debut at the fourth annual Cabo Marine Show will launch tours aboard this 4-story, state-of-the-art, 120-foot, $15 Million motor vessel. Visitors will be able to get a feel for what it’s like to charter her for a day-trip or sunset cruise. Importantly, it’s the only Mega Yacht for private charter in all of Los Cabos.

“The Cabo Marine Show is much more than a nautical event,” says Sergio Igartua, its founder. “It’s also about creating a network between exhibitors and local business owners.”

More than 50 local, national and international companies will display more than a dozen vessels, plus the latest in gadgets, engines, gear, marine products and accessories. 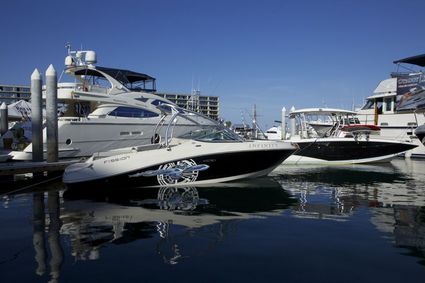 In the heart of downtown Cabo San Lucas, the Cabo Marine Show is unique in that it provides nightly live entertainment from local musicians right on the marina waterfront—surrounded by top restaurants and bars. It is the only boat show in Mexico that offers an open air, in-water setting with free admission to the general public.

For more information, please visit http://www.cabomarineshow.com. For exhibitor rates and