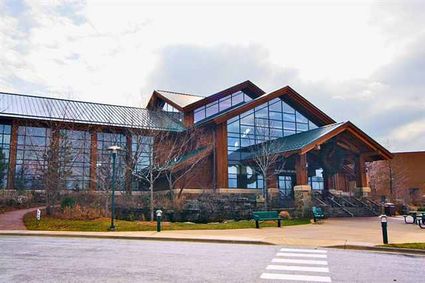 Wonders of Wildlife Museum and Aquarium

The North American Fishing Club is set to sponsor National Hunting And Fishing Day, the official federal commemoration of hunters, anglers and conservation.

The club is a part of North American Membership Group, the premier special-interest lifestyle membership club.

“Our contributions each year to National Hunting And Fishing Day represent our efforts to get members more involved in the outdoors,” said Kurt Beckstrom of North American Fisherman. “Our members attend the various NHF Day events throughout the U.S. and tell us of how rewarding it is.

NHF Day continues to grow and reach new outdoorsmen and outdoorswomen each year with the continued support of generous sponsors. Through licenses, permits and special taxes, hunters and anglers generate $100,000 every 30 minutes—totaling more than $1.75 billion per year—for fish, Wildlife and habitat. No one contributes more for conservation.NHF Day is set to take place Sept. 22.

The sponsorship by the North American Fishing Club and others supports the Wonders Of Wildlife Museum — the official home of National Hunting And Fishing Day. The Springfield, Mo., facility oversees educational initiatives to help the American public understand the indelible relationship between hunting, angling, healthy habitat, and Wildlife and fisheries conservation.“

“We are excited to have North American Fishing Club on board as a sponsor this year,” said Misty Mitchell, Director of Wonders of Wildlife. “With their help and our other sponsors, we’re reaching out to America with a message that healthy fish, Wildlife and habitat depend on funding and leadership from hunters and anglers.”

Each year National Hunting And Fishing Day chooses an honorary chairperson, and this year NASCAR Sprint Cup driver/owner Tony Stewart is serving in that capacity and will deliver the message of NHF Day.

As the driver of the No. 14 Office Depot/Mobil 1 Chevrolet in the NASCAR Sprint Cup Series, Stewart has won 12 driving championships, including three Sprint Cup Series titles, in a career spanning more than three decades.

Stewart is a champion off the racetrack as much as he is on, and has been recognized for his philanthropic efforts via his Tony Stewart Foundation, which raises funds for distribution to three specific groups – chronically ill children, drivers injured in motorsports activities, and organizations dedicated to the protection of various animal species.

In 1972, Congress formalized NHF Day to remind the public that conservation depends on funding and leadership from hunters and anglers. Every president from Richard Nixon through Barack Obama has issued official proclamations of support for the annual commemoration, now recognized as one of the most effective grassroots campaigns ever undertaken to promote traditional outdoor sports.

The NAFC’s mission is to help fishermen of all types improve their fishing skills, catch more and bigger fish, and thus enjoy their sport more. The Club also acts as a vehicle through which anglers from all points of the compass can communicate — sharing success stories, photos and videos through the magazine, Web site and the social network.

The North American Hunting Club has joined the sponsors of

National Hunting and Fishing Day. The Club is a part of North American

continue to pass along the traditions of hunting and shooting; just like they were

passed along to us," said Gordy Krahn, editor-in-chief of North American Hunter

year," said Misty Mitchell, director of Wonders of Wildlife. "With their help and our

other sponsors, we're reaching out to America with a message that healthy fish,

Wildlife and habitat depend on funding and leadership from hunters and anglers."

The NAHC's mission is to serve as a one-stop source where avid hunters from across North America can satisfy all their hunting needs. The Club also acts as a vehicle

success stories, photos and videos through the magazine, Web site and the social

network. For more information on the NAHC, visit: http://www.huntingclub.com , follow them

“GunBroker.com has proudly sponsored NHF Day for the last six years because we passionately believe in the importance of habitat and Wildlife conservation, as do many of our 2 million registered users,” said Don Hall, GunBroker.com chief operating officer. “It is extremely rewarding to play a role in the work and contributions by hunters and anglers to preserve outdoor heritage, not only on this one day, but all year round.”

“National Hunting and Fishing Day is thrilled to have GunBroker.com as a sponsor. They have proven themselves as strong advocates for conservation and their support for NHF Day reinforces these beliefs. We look forward to working with them in years to come.”