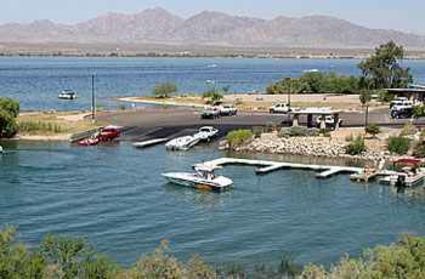 “Trailer Sailers,” or “Pocket Cruisers” — known by both names — are one of the features in the online August issue of Sail magazine. The article is “Destination Hunters: 10 Great Trailer Sailing Destinations” by Hilary Sharp and can be found at the following Web address:

According to Sailhavasu, Sail magazine — one of the largest sailing magazines in the world — published four-pages of extensive coverage of the annual February Havasu Pocket Cruisers Convention in their just-released August 2012 print issue. Along with that, on their Web site, Sail is running a companion article on the top 10 locations in the country to take your trailer sailer — Lake Havasu is named second, although there is no particular order to the listings.

A Sailhavasu correspondent adds, “Sailhavasu and The Havasu Pocket Cruisers are proud to have Havasu … becoming known for its sailing, and we once again expect hundreds of our friends from all over the world to converge on Lake Havasu in February 2013.

In summary, the Sail article mentions that although Lake Havasu is known as a powerboat capital, especially in the summer, sailboats are the thing in winter. From the northern part of California, coastal fronts come into Havasu and create ideal sailing conditions with winds that range from 10 to 20 knots, much preferred by sailors to the iffy breezes of summer.

Also, instead of the sizzling temperatures of mid-summer at Havasu, the thermometer gentles to read in the 60s and 70s November to April.

And, in case you haven’t been there recently, remember that you can launch your boat at Site Six (928-453-8686, Havasu’s free launch point. Arizonans who frequently visit this popular destination never tire of exploring 400 miles of coastline that outlines a combination mountain-desert landscape.

The Sail article also tells those who may not know about the numerous inlets and coves that are perfect for anchoring and about a favorite: Steamboat Cove.

We at Western Outdoor Times/Arizona Boating & Watersports often give kudos to Arizona State Parks and the Bureau of Land Management for such amenities as boat-in campsites that line the Arizona side from Lake Havasu City to Parker Dam — sites that include picnic tables, grills, toilets, and trash cans for a minimal $10/overnight.