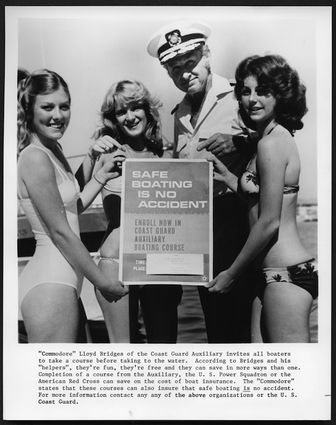 The U.S. Coast Guard Auxiliary celebrated its 73rd anniversary of service to America June 23. As the uniformed, volunteer component of the Coast Guard, Auxiliary members dedicate countless hours each year toward supporting the Coast Guard in nearly all of the service's mission areas.

In the 1930s, rowing and yachting races were among the most popular spectator sports in America. With WWII on the horizon and more than 300,000 boats operating in U.S. waters, Congress passed legislation on June 23, 1939 forming the Coast Guard Reserve — a civilian organization with the primary purpose of providing boats and support to the Coast Guard during times of need.

On Dec. 7, 1941, Lt. Cmdr. Frank D. Higbee ordered the Auxiliary to duty in the 11th Naval District (Calif.) and told them in effect: "Come back with your shield, or on it!" Recruits flooded into Coast Guard Reserve (Auxiliary) flotillas in a burst of patriotic fever. The organization's membership soared to over 50,000 as these new members worked, performing coastal defense and search and rescue duties — including firefighting and anti-submarine operations.

Safety Every Day Of The Year 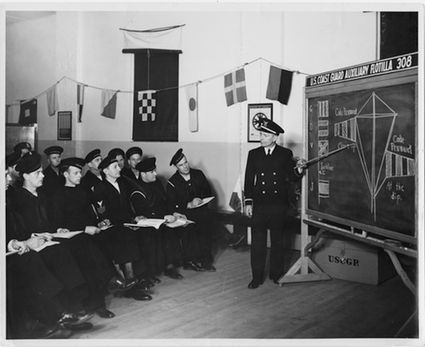 Today, more than 30,000 Coast Guard Auxiliary members continue to provide support to Coast Guard units across the U.S. and its territories. On average, the Coast Guard Auxiliary saves one life, assists 28 people, conducts over 50 safety patrols, performs more than 250 Vessel Safety Checks, educates over 270 people on boating safety, participates in over 100 Coast Guard operational support missions, and works with a wide variety of local partners and government entities — every day!

"Our all-volunteer Auxiliary is an essential component of the U.S. Coast Guard," said Coast Guard Commandant Adm. Bob Papp. "For 73 years, they have actively promoted boating safety through a variety of educational and inspection programs, and helped perform Coast Guard operations alongside their active, reserve, and civilian counterparts. We could not meet the demands for our unique services without them."