The Time Is Now

Head Over To Havasu For a ‘Really Big Show’ 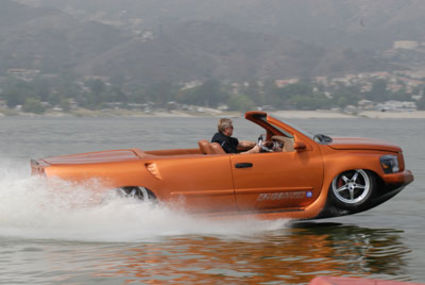 Thanks to repositioning annual boat show dates to run concurrently with Desert Storm, the Lake Havasu Boat Show, sponsored by Teague Custom Marine of Valencia, Calif., will be 2-1/2 times larger than last year, and is jam-packed with much-awaited new model offerings. Come see for yourself April 20-22 at Lake Havasu State Park, Windsor 4.

One of the most awaited new intros slated for the Havasu show is the debut of DCB's new M41, a much-talked-about widebody catamaran that will be the largest model in the current DCB fleet. It is also reported that DCB is feverishly working on a new M285 smaller version that, when complete, will be powered by one of Mercury Racing's new 565EFI packages.

No word on whether an M285 will be ready in time for Desert Storm or not. We'll just have to wait and see.

A boat that has been burning up the Internet BOATING forum boards is the new Doug Wright Poker Run Edition from Florida, a close cousin to the highly successful 32 Doug Wright cat which has been dominate on the offshore outboard racing circuit for the past decade.

The new Poker Run Edition is said to be a five-passenger beauty, powered by a pair of 300XS Merc outboards with a completely restyled deck and larger cockpit. Lots of eyes will be on this one at the boat show.

West Coast builders, Nordic, Hallett, and Howard are also looking to grab plenty of attention with new models of their own. Nordic has a brand new 39-foot vee-bottom that will be unveiled at the boat show, plus another possible surprise in the smaller (under 25-foot) cat category.

Hallett has a newly styled deckboat in its line-up for 2012 called the 285 Party Cruiser 2.0 which has already caught the attention of several buyers.

Howard Boats is putting the finishing touches on its new 28 SDS model, a modified 28 Sportdeck with a total deck redesign and a family-friendly cockpit reconfiguration.

East coast manufacturers like Mystic, Frisini and MTI are also coming to the Havasu show with ample new product ammunition. Mystic will dazzle the crowd with a new 50-foot cat build sporting a pair of Mercury Racing 1350s.

Frisini Motorsports, who opted to pass on the Miami Show, is bringing at least four and possibly five boats out West including a 43 Cat, a 38 Hypersonic vee, a 39 center console, a 32 Spectre cat and a 30 Vendetta open bow as part of the Oregon Custom Marine display.

MTI will not be outdone, thanks to a new catamaran which is making its out-west debut as well.

With just days left before the boat show official opening, the exhibitor count has passed the 120 mark with more than 50 major boat brands represented on the show grounds. In addition to the high-performance boat bling, show visitors will have plenty to see in the way of new affordable family runabouts, fishing boats, pontoons, wakeboard/ski boats, personal watercraft and even some Hobie Kayaks.

For those who are fuel conscious, several of the newest models in electric boats will be shown too.

Make It A Full Day

When you attend the boat show, better plan on making a full day of it. In addition to the boats, there’s also a “Legends by the Lake” Car Show on Saturday and Sunday with immaculate street rods and muscle cars of the past plus a display of vintage “hot boats” that were responsible for building the Colorado River’s reputation as the recreational BOATING capital of the Southwest.

If you enjoy boat racing, the world’s fastest water skiers hit the water at 9 a.m. sharp on Saturday and Sunday for three rounds of marathon speed ski competition conducted by the National Water Ski Racing Association. Races will last up to an hour long each and reach speeds in excess of 100 miles an hour in the expert classes. 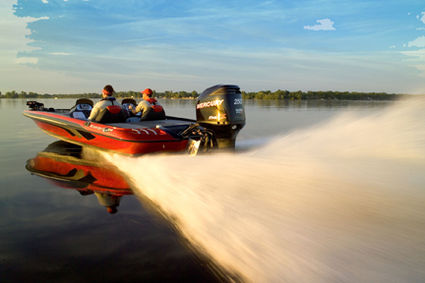 Then, at 2 p.m., the race course is turned over to the offshore racers. Three-time world offshore champion, Bob Teague in his 36-foot AMSOIL Skater catamaran, will be out to defend his 2011 Havasu Championship against a field of outstanding competitors.

Boat show hours are Friday, April 20 from noon to dusk; Saturday, 9 a.m. to dusk and Sunday, 9 a.m. to 3 p.m. Admission is $2.00 for adults; kids 12 and under are free. Parking is also free. Food courts and two beer gardens will also be open to serve visitors.

For those interested in buying a new boat, boat demos are available on a by-appointment basis immediately following the boat show on Sunday afternoon and all day on Monday, April 23.

For additional boat show information and a complete directory listing of exhibitors, please log on to http://www.lakehavasuboatshow.com.