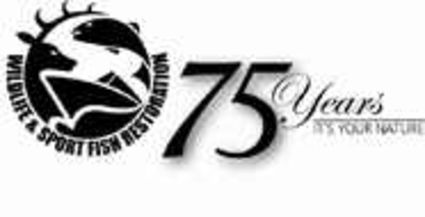 The U.S. Fish and Wildlife Service, Association of Fish and Wildlife Agencies (AFWA), and other partners announced on Jan. 17 the start of a year-long celebration of the 75th anniversary of the Wildlife and Sport Fish Restoration Program (WSFR), one of the most significant and successful partnership approaches to fish and Wildlife conservation in U.S. history. The announcement was made at the 2012 SHOT Show in Las Vegas.

The “WSFR 75 – It’s Your Nature” celebration brings together many organizations: federal and state fish and Wildlife agencies (including the Arizona Game And Fish Department); the hunting, shooting, angling, and BOATING industries; and, conservation groups, to mark a milestone of partnership success that has led to 75 years of quality hunting, fishing, shooting, BOATING and wildlife-related recreation.

The occasion also marks the beginning of a new era in Wildlife conservation, during which the partners will establish new goals for fostering and maintaining partnerships to continue conservation and outdoor recreation into the next 75 years and beyond.

“The Service is proud to join our partners in recognizing more than seven decades of Wildlife conservation and quality outdoor recreational opportunities,” said Director Dan Ashe of the U.S. Fish and Wildlife Service. “With our nation’s support and our partnership’s renewed commitment, WSFR will help more Americans enjoy Wildlife and our great outdoors for many years to come.”

Through the WSFR program, several innovative and foundational fish and Wildlife conservation programs are administered. The first was created on Sept. 2, 1937 when President Franklin D. Roosevelt signed the Federal Aid in Wildlife Restoration Act, which raises funds through a dedicated excise tax on sporting guns and ammunition.

In 1950, the Federal Aid in Sport Fish Restoration Act was enacted and added to the WSFR program. Through this law, funds are provided for fish conservation and BOATING and fishing recreational programs in each state through an excise tax placed on certain fishing and BOATING equipment and fuels.

“Since its 1937 inception, WSFR has provided more than $14 billion to support fish and Wildlife restoration and management,” said Hannibal Bolton, the Service’s assistant director for the WSFR program. “The program and its partners, including the sporting arms industry, conservation groups, and sportsmen and sportswomen, are coming together for this anniversary to renew their commitment to conserve fish and Wildlife and enhance hunter, angler, and boater recreation.”

These funds, administered by the Service, are combined with hunting license dollars in each state to fund important state Wildlife conservation and hunting programs.

For the current fiscal year, it is estimated the WSFR program will provide about $16.7 million dollars to Arizona for Wildlife and sport fish conservation programs.

“That money is crucial to our conservation efforts, because the Arizona Game and Fish Department receives no Arizona tax dollars to operate,” said Arizona Game And Fish Director Larry Voyles. “The majority of our operating revenue comes from sources such as hunting and Fishing License sales, the WSFR program, and a few other sources, such as the Heritage Fund from Arizona Lottery dollars.”

“The 75th anniversary of the WSFR program is a tremendous opportunity to celebrate the conservation victories that have been made possible because of this innovative funding approach,” said Jonathan Gassett, PhD, president, Association of Fish and Wildlife Agencies. “WSFR has made the difference for the survival and abundance of some species, and because of it, many fish and Wildlife populations are at historically high levels today.”

Industry and agency partnerships have helped the success of the WSFR program to become what it is today.

“The WSFR programs have not only supported fish and Wildlife conservation, they have also supported small businesses that manufacture and sell hunting and fishing equipment,” said Myke Lynch, general manager of Green Top Sporting Goods in Richmond, Virginia. “The industry supporting sportsmen has a multi-million dollar impact on the nation’s economy, and it depends on healthy fish and Wildlife populations.”

The WSFR 75th anniversary will include participation in various fish and Wildlife conservation events and conferences throughout the year, to culminate with National Hunting And Fishing Day in September 2012.

For more information about the WSFR program and its 75th Anniversary in 2012, visit: