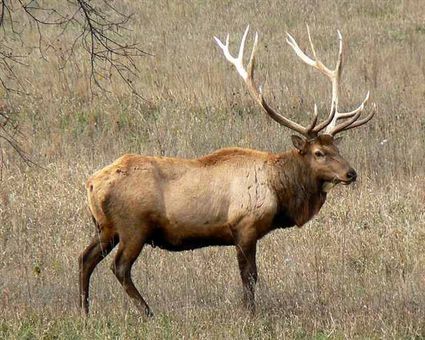 FLAGSTAFF, Ariz. — The Arizona Game and Fish Department is seeking the public’s assistance in finding the individual or individuals responsible for illegally killing bull elk in two unrelated poaching incidents in northern Arizona.

The first poaching occurred on Nov. 25 during a rifle bull elk season in Game Management Unit 6A on the Coconino National Forest. Officers investigating the case received information about a 5 x 6 bull elk found in the 29 Mile Lake Area, which is approximately one mile west of the intersection of Highways 260 and 87.

Evidence at the scene indicates that the elk was left to waste since it was not field dressed and none of the edible meat was removed. During the initial investigation, tire tracks were discovered, and it is believed the suspect vehicle has a short wheel base. A reward of up to $2,000 may be available for information leading to the arrest of the violator(s).

Second On The Kaibab

The other poaching occurred on Dec. 2 during a cow elk hunt in Game Management Unit 8 on the Kaibab National Forest. The spike bull was shot and left to waste south of Nagiller Tank, which is southwest of the Hat Ranch.

Investigating officers discovered shell casings from a 30.06 caliber rifle at the scene, and a bullet from the carcass of the animal. This evidence may be helpful, but information from the public is still needed to solve this case. A reward of up to $1,350 may be available for information leading to the arrest of the violator(s).

“We realize that occasionally mistakes happen, but we need anyone with information to come forward and help solve these cases,” says Wildlife Manager Mike Rice. “These acts are unethical, and we want the individuals involved to take responsibility, do the right thing and contact us.”

Anyone with information about these cases can call the department’s operation game thief Hotline toll free at (800) 352-0700 or use the online form at http://www.azgfd.gov/thief.

Callers should provide case number 11-001885 for the Unit 6A case and 11-001972 for the Unit 8 case when calling. All calls may remain confidential upon request.